When you’re the mother of a little boy, it can be tricky knowing how to care for his genitalia, especially the penis. One area in particular where there is some confusion is whether to retract the foreskin or not. Hint: don’t do it. Here’s everything you need to know.

Every penis has a protective layer of skin which covers the head called the foreskin. It’s attached at birth via a membrane called the synechia, and unless it’s removed by surgery (through circumcision), the connective tissue will dissolve naturally over time and allow the foreskin to separate and be pulled back and down – i.e. retracted. When this actually happens varies from child to child. For some, it occurs as early as one, when boys start to explore their bodies with 90 percent of boys having a detached foreskin by the age of four. But for others, it might take until puberty to occur.

Pulling back too early

Similar to the different schools of thoughts around circumcising male children now, there is a bit of confusion around whether you should try and retract a boy’s penis for him before it’s naturally ready. Some mothers feel it’s necessary for cleaning and hygiene purposes, and a lot of misinformed doctors and paediatricians actually pull it back during health check-ups. However, this is very much the wrong thing to do. You should NEVER forcibly retract your young son’s penis or allow a doctor to do it, and here’s why.

When you push the foreskin back too early, before the natural separation occurs, it causes the connecting membrane tissue to tear. Not only can this be extremely painful and bleed, but it can also cause the following issues:

Hygienically, a boy’s penis is self-cleaning and doesn’t need to be retracted if the foreskin hasn’t already detached. Simply wash gently around the genitals without soaps or other irritants. If you see a white lump around the head of their penis, this is called smegma, and it’s made up of the membrane cells which attach the foreskin to the penis. This is a sign that the foreskin is beginning to naturally separate and you can wipe it away.

Another sign that separation might be occurring is if your son’s foreskin balloons when he wees. This again is perfectly natural and not an issue unless the foreskin is so narrow they are unable to wee properly, in which case you should see a doctor. When your son is old enough to wash himself, make sure you encourage him to pull his penis back for self-cleaning. 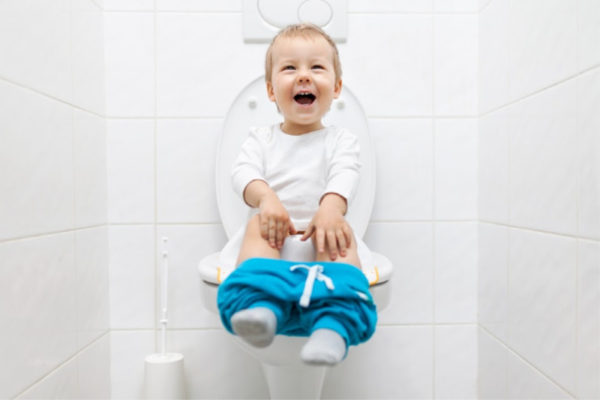 In some cases where children are a little older and their foreskin hasn’t yet separated, it can actually cause quite a lot of pain and discomfort. In this instance, it’s best to speak to a doctor who will most likely advise your son to do something along the lines of penile gymnastics (daily pulling back and up movements to weaken the membrane and encourage retraction).

There is also a condition called phimosis where the foreskin will never retract. However, this is extremely rare (unless caused by forced early foreskin retraction – see above). Treatments for this include a steroid cream or circumcision.

Other things to look out for are if the tip of the penis appears red or swollen (which could be a nappy rash or an infection called balanitis), or the foreskin has rolled down and become stuck – this is a serious emergency and requires immediate medical attention so don’t ignore it.

In most instances, though, you won’t have to worry too much about your little boy’s penis as it will take care of itself – just make sure you don’t pull back his foreskin!

If you are at all concerned about your son’s foreskin or penis, please speak to your doctor for advice.