When a little boy arrives, it’s often a steep learning curve for mums who might not have much experience when it comes to caring for little penises.

It’s with this in mind that we bring you this story. We’re hoping to fill you in on everything there is to know, so you can feel more confident as you care for your son.

What is the foreskin?

The foreskin is the small sleeve of protective skin which covers the head (officially called the glans) of the penis.

Why do boys have foreskins?

It’s thought that the foreskin may also have specific functions related to sensation in the penis and the body’s immunity.

When a baby is born the loose skin of the foreskin is still attached to the penis.

Foreskins vary in length and when they are unfolded they can be from around 40 to 70 percent of the skin along the penis.

As a baby grows, the foreskin separates from the glans. This usually happens by toddlerhood, but not always. Sometimes the foreskin remains partly stuck to the glans, but then detaches around the time a boy reaches puberty.

How do you clean under a baby’s foreskin?

You should not try to clean under an uncircumcised baby’s foreskin and you don’t need to retract the foreskin (see below for more on that) either. Leave it alone.

At this stage, the foreskin and penis are still attached and you could hurt your baby by trying to separate the delicate skin. You may even cause bleeding, tearing, scarring or future penis problems.

To keep the penis clean simply change nappies when they are wet or dirty and bathe your child as usual, gently wiping the exterior area of the penis only. 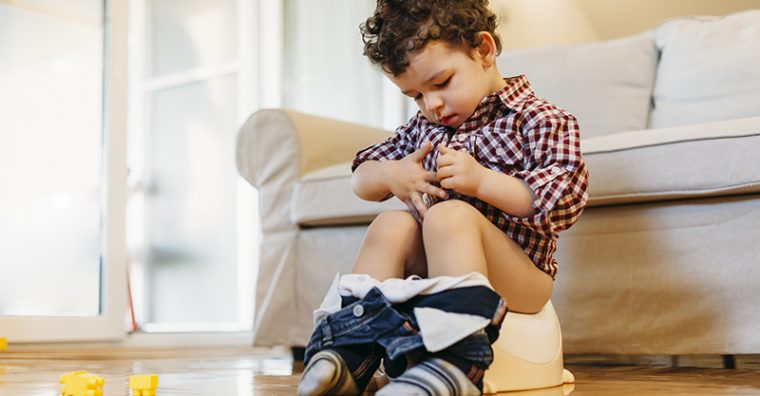 What does “retracting the foreskin” mean?

Retracting the foreskin relates to uncircumcised boys from around 3 and up only – although the age this is possible can vary and may be much older.

Retracting the foreskin means to pull back the loose skin on an uncircumcised penis to expose the glans – or head – of the penis.

Once the foreskin detaches from the glans in early childhood (or beyond) it is able to be retracted.

Boys will learn to do this in their own time, according to their development and what’s going on with their penis. Once retracted, the foreskin should always be pushed back to cover and protect the glans.

The Royal Children’s Hospital says that full foreskin retraction is possible in:

Should I teach my son to clean under their foreskin?

As we said, uncircumcised boys will usually discover that their foreskin retracts all by themselves. That said, there is no need to retract it or teach them to clean underneath the foreskin. They can just gently wash their penis and foreskin area like any other part of the body, to suit themselves.

It is, however, important to fully rinse off any soap used and if they do choose to retract it, it should always be pulled back into place afterwards.

As boys reach their teenage years, they can retract and clean underneath the foreskin, but little boys don’t really need to do this.

Once your son begins to approach puberty, if his foreskin can be easily retracted he can learn to clean under his foreskin daily. You can teach him to do this with a three-step approach.

The natural secretions and skin cells which accumulate under the foreskin build up to form a white substance known as smegma. It may be white, yellow, soft or lumpy. You don’t need to wash smegma away, but it will rinse off with soap and water from normal showering or bathing. 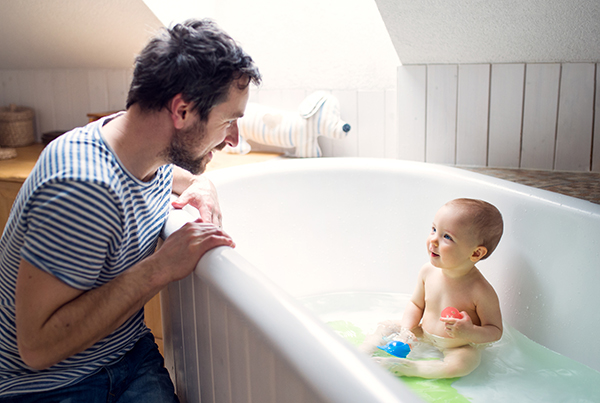 What is male circumcision?

Male circumcision is a procedure which surgically removes the foreskin from the penis, exposing the glans. It’s usually done in the days after a baby boy’s birth.

Some parents have their sons circumcised for social, cosmetic or ritual reasons, others due to problems with their son’s foreskin.

Routine circumcision of newborn baby boys was once common but is now much less so.

The circumcised penis has a different appearance to an uncircumcised one, as the glans of the penis is visible at all times, not hidden by the foreskin.

Foreskin and penis problems and worries

Not all penis worries are problematic or need further intervention. That said, if any of the following foreskin or penis concerns are present in your child, head to your GP for further advice or reassurance.