Despite what you’ve read in the news or what your mother-in-law told you – you are a great parent!

This is something Warren Cann, a psychologist and the CEO of Parenting Research Centre, wants you to know – even if the messages you’re receiving tell you otherwise.

“Parents, I think are doing a great job these days, they’re under an intense amount of scrutiny and blame. It seems like every way you look, somebody is bagging parents,” says Warren.

So to help drown out the negative thoughts, Warren has some essential advice that all parents should remember.

1. Self-criticism is the most dangerous form of criticism

It’s true that parents are getting a bad rap, which can be extremely difficult to hear, but being too hard on yourself is even more damaging.

Warren explains, “We asked parents to agree or disagree with the following statement, ‘I’m often hard on myself for not being the kind of parent I really want to be.'”

“Sixty percent of parents could not disagree with that statement,” says Warren. “For all the criticism out there and potentially how dangerous and how damaging that is to people’s confidence and their wellbeing, I think the most dangerous form of criticism is self-criticism.”

So go easy on yourself. 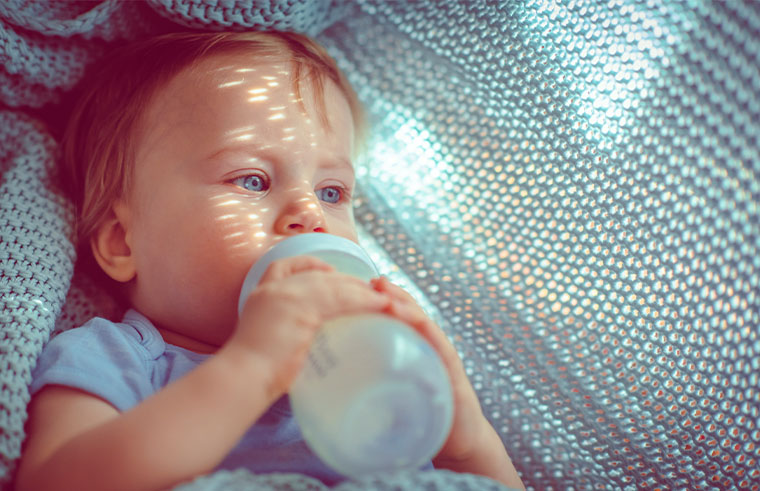 Babies are born with certain traits and characteristics that you have no control over.

“The way we used to think about child development was that children were born, like as a blank slate. And then their parents, through their relationship, shape their personality and determine who the kids are going to turn out to be in the future,” says Warren.

“This is why most of us lay in bed at night wondering what our kids are going to say to their therapist one day. This is why we worry if we get the toilet training wrong, [and think] we’re going to turn our kid into a psychopath.”

But there’s a lot more to it. The truth is, things like genetics, temperament and development also have a role to play in child development.

Our genetics play a part in who we are as individuals, and we’re not just talking about physical attributes.

“There are all sorts of things that we inherit through our genes,” says Warren. “For example, appetite … [it] varies across kids. If you’ve got more than one child, [you know that] appetite varies.”

All children are born with their own temperament, which means something that works for one parent, won’t necessarily work for another because their children have different temperaments.

“Temperament is the biological basis of our behaviour,” explains Warren. “It’s the built-in biological tendency to behave in particular ways. One thing that you inherit from temperament is shyness or … inhibition. We can identify inhibition in children as young as two months – long way before their parents have had a chance to stuff them up!”

It’s not just temperament that drives children’s behaviour – development does too.

For example, Warren says that “some babies will cry more and some will cry less”, but for those first six weeks, all babies will go through a similar pattern.

“Now, the thing about this is that babies will go through this process no matter what you do as a parent … and that’s incredibly important in terms of development.”

So remember that the next time you’re pacing the hallway at 3am. 3. The way we parent depends on where our child is at

Although temperament is out of your control – the thing to remember is that your child’s temperament will influence how you parent.

“Temperament is going to determine where you will experience challenges,” says Warren. “Because your child’s temperament will support them in some situations and be something that will make other situations a little bit more difficult.”

It’s how we respond that’s important. And Warren says the key here is acceptance.

“Acceptance is about recognising the individual nature of a child, recognising that, valuing it and avoiding that tendency to put the child into a particular mould.”

4. Parents are made, not born

There isn’t a manual for parenting; instead, we learn through “culture and experience”, says Warren. “That’s why we like to say parents are made, not born.”

He says to think about it in the same way you would when learning to ride a bike.

“You have to be doing it. You have to be on it. And of course, you can benefit from information – but in the end, the way we learn to parent is by actually getting on the bike and trying, and recognising that there are going to be times when you’re going to fall off and other times when it’s going to be hard, and you won’t know what you are doing.”

The good news is there isn’t just one way of doing things. “You often find in your own parenting career that you will find ways of doing things which may not be written in the book, but achieved the same result,” he says.

“Take something like affection. Affection is critically important for kids, but you can show affection in lots of different ways. If you show affection with a typical cuddle, but Dad might show affection through rough and tumble [play]. They’re different behaviours, but with the same result.” Warren’s last piece of advice – or what he calls the ‘secret sauce’ is to be kinder to yourself.

“And by exercising self-compassion, we’re prepared to give up the need to self-punish and to embrace the idea of caring for ourselves as deeply as we would care for somebody who we love.”