It seems that today’s parents feel the need to constantly entertain their kids now more than ever. But why should we? I’m not and there’s a good reason why – being bored is good for them.

The problem with kids of today

We can’t really blame our children, it’s just the way of the world now and it starts before they even reach school. Instead of playing in the back garden in a pile of dirt, kids are either bundled off to daycare or sitting in a cafe sipping a babyccino. Even preschool parties are often not held at home anymore, they’re in a venue with lots of additional stimulation and entertainment. Of course there’s nothing wrong with playdates and parks (fresh air and outdoor play being wonderful for gross motor skills), but it’s become such a norm for children to constantly be out and about that when you say you’re not going anywhere today, your children look at you in shock.

Parents are also now feeling the pressure to pay for services and activities to give their child the best start before they go to school. Things like occupational therapy, music lessons, literacy classes and sports are now introduced earlier than ever; another example of how kids’ time and the way they spend it is becoming increasingly decided for them. Then there’s the screens. The bane of my existence and daily battle with my kids. I get it, TV or iPads can be lifesavers when you really need to get something done. However, once you start, it’s a slippery slope and before long they’re also asking for them in the car, the cafe, at their swimming lesson, at Gran’s house and probably even the bathroom.

We seriously limit screen time in our house and there’s a few reasons why. The effect of technology devices on little brains and eyes is another huge issue all together, but on the entertainment side it means that kids are rarely being given an opportunity to be with their own thoughts, be themselves, be still, and be BORED. And this is a big problem because boredom leads to creativity. The perks of boredom

It’s annoying when your kids tell you they’re bored – especially when you’ve already whipped up a batch of playdough, crafted a car out of toilet rolls, baked cupcakes and turned the lounge room into a fortress. Luckily I have one son who loves to sit with his own thoughts and play with cars or look at books by himself; but I also have another who simply has to be with others at every moment and wants constant attention and activities rolled out. I love spending time with my kids but much to my entertainment-needy son’s annoyance, I regularly leave them to their own devices to get bored and you should too. Because this is when they discover who they really are.

I’ve seen my ‘bored’ children go from being frustrated, annoyed and walking around the kitchen trying to fill their boredom with snacks, to then creating the most imaginative games or pieces of art quietly on their own, with no assistance. Boredom forces children to create their own entertainment and creativity is allowed to flow through where before it had no need to show itself. Being bored also allows them to be comfortable and confident by themselves with no one else around, a very handy skill going forward in life and something which will also curb their constant need for attention, and add more drive and determination. 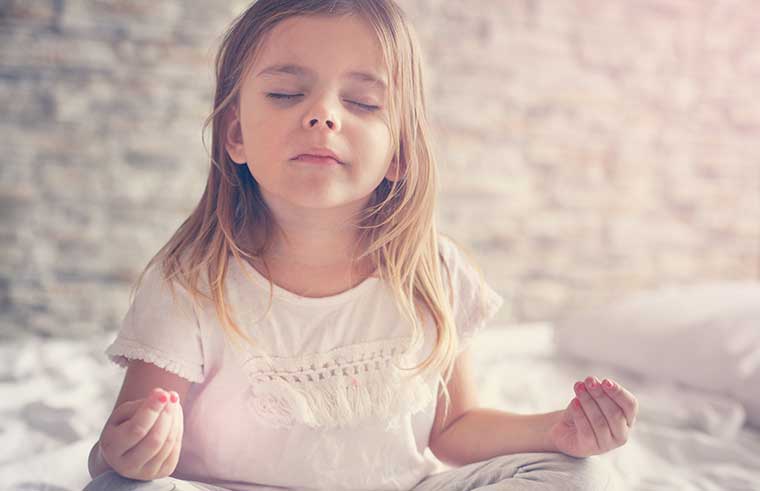 Adults meditate to find stillness, balance, clarity and inspiration, so why shouldn’t children get the same chance? Being still and bored is like a form of meditation for them, tapping into their inner thoughts and daydreams and helping them achieve calm. It also means they’re much more aware of their environment and learning about life. For example, if my sons are playing screens in the car, how are they going to observe what’s happening outside their window which might stimulate interesting questions, thoughts and ideas?

So next time when your child says to you they’re bored, instead of reeling off options or handing them a screen, why not simply say, “Great! Soon the magic will begin” and walk away. They’ll probably think you’re bonkers, but just wait … you’ll see.