We have all suffered from haircut regret after a trip to the salon. Too much cut off, not enough highlights or flicky bits, that sort of thing.

Well, we’re wondering if any of these kidlets, who thought they’d save their parents some dosh by going all DIY on the hair, feel the same way about their ‘dos’.

Probably not. But we’re damn sure their parents are cringing.

Take a look, and then put those clippers well out of reach.

If imitation is the best form of flattery, then this kid’s dad’s chest must be swelling with pride (while his mum’s heart breaks, mind you). He took a razor to his noggin just so he could have hair like daddy. Aw. Gulp.

Not even a hairdresser could salvage this DIY cut by a toddler. #itwillgrowbackmum!

My client’s daughter cut her own hair. I am a hairdresser. She asked me if I could fix it. NOPE. from funny

This little hairdresser thought she looked “fab” when looking at her handiwork in the mirror. So fab that she was annoyed when her mum made her wear an ugly headband to cover it up.

This little guy thought he’d trim his eyebrows. When realising he cut too much off, he simply shaved some of his head hair, and then glued it to his brows. Because … don’t ya know glue fixes everything?!

This little barber digs a wide part, and his brother and dad do too. Not sure if his mum is such a fan though.

His older brother thought that this was funny. His father does too! from funny

We’re actually impressed by this one. It’s edgy and chic and totally on trend – if she was like 25, not five that is. 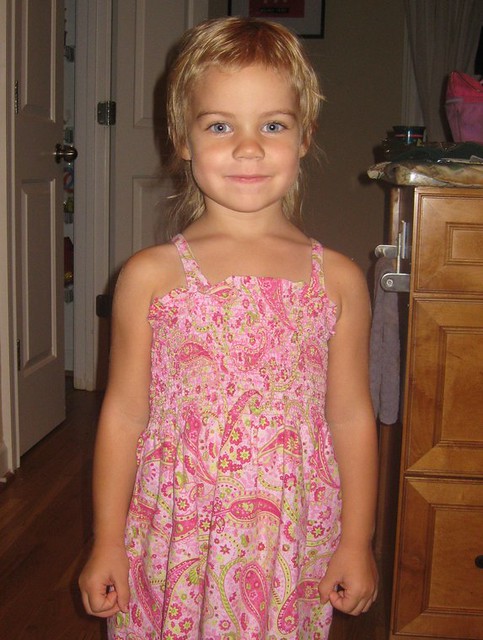 If bald spots are bad, then this little man certainly makes them look cute. His dad doesn’t agree, however.

We think Avery might be channelling Emma Watson with this short fringe do. Sassy! 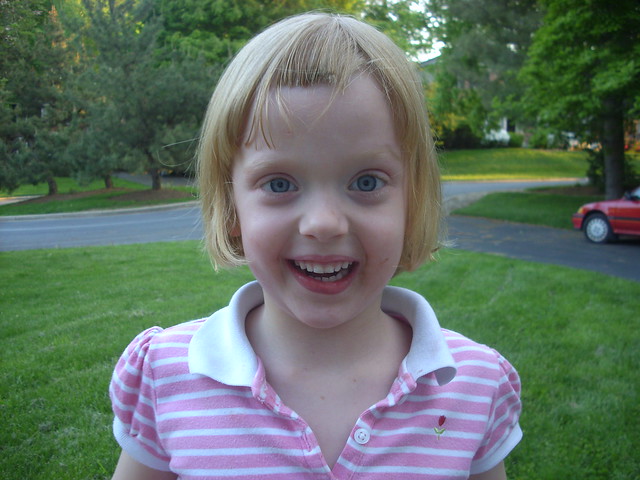