Oh, this one is funny.

A dad has taken to Reddit to ask other parents when is it time to stop his son from dropping his dacks to take a wee in public – and instead bolt him to the nearest toilet.

The concerned dad was wondering what is ‘normal’ when it came to kids and public urination.

“My four-year-old son has been potty trained for well over a year now. From time to time, when getting in the car or whatever, he will have a sudden urge to go. When this happens, I get him unbuckled and rush to find the nearest bathroom. My wife, on the other hand, will just tell him to go in the driveway of the house, or in the parking lot, or on a nearby fence.”

“While this may have been acceptable when he was younger and just learning to control his bladder, I do not think it is okay to continue this practice. My perspective is that if there is a bathroom nearby, it is not appropriate to pee in public. Especially in a neighbourhood or shopping centre.” 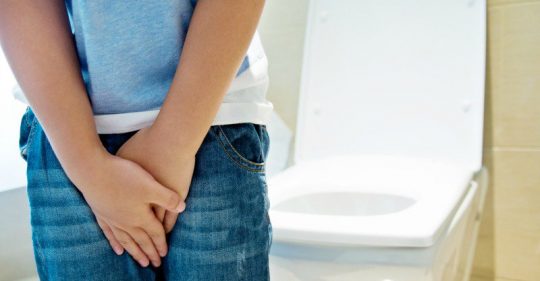 The majority of replies were in the shaking their heads category.

“That just really sounds lazy. It’s really not appropriate to pee in public,” said one.

“Oh my gosh, I don’t think that’s ever okay. The driveway of your house?! That’s insane! And disgusting!” Tsked another.

“It’s one thing if the kids are playing in the backyard or having a water fight or something like that and then they go pee on a tree. But letting your child pee on the driveway? I just have no words for that,” another user added.

“Your wife is doing a huge disservice to your son by not teaching him appropriate public behaviour, and not distinguishing between genuine emergencies and, ‘I’m in our driveway and don’t feel like going back into the house,'” someone else commented.

“LOL why would she want to teach her son that it’s okay to pee on random things in public?” chuckled one.

“OMG, I’m dying laughing! Kids have no shame. I let my boys ‘pee on a tree’ when we are outdoors hiking or camping. My husband lets them do it in our backyard. It’s private enough but it makes me nuts!! There is a bathroom in the house. 25 yards away tops. GO INSIDE AND PEE!!! Last week I caught all three of them lined up peeing off the hillside. 🙄 Hubs was in the dog house for that one,” shared another. Then a few others came the man’s wife’s defence. They claimed his son, while potty trained, probably still has a weak bladder and that when he needs to go, he needs to go.

“In my experience when newly potty trained kids have to go, they have to go NOW … like you’ve got 10 seconds tops to make it to the potty chair … I assumed running behind a tree would be okay but after reading this thread it seems to be widely frowned upon!” said one mum.

Is this a boy rule thing?

A few others also made the point that it seems parents of boys are more relaxed with the peeing in public thing than girls.

“I have three boys and have encountered plenty of weird ‘boy only rules’ that parents have,” mused one. “They would never dream of allowing it for girls but it’s perfectly acceptable for boys.”

“It’s funny because most people don’t let girls do this but I see parents allow boys to do it all the time,” added another.

As the mum of two boys who lets them do ‘tree wees‘ when at the park and there is no toilet in sight, this thread made me giggle.

I have also caught them on occasion weeing in the backyard when they think I can’t see them.

They know the rules that if a toilet is in sight, they are to use it or hold it in if in public until we find one, but sometimes accidents happen and a public (discreet) wee is the only option.

I draw the line at the driveway though (although that said, I have been known to quickly lift my little guy out of his car seat and pull down his trackies for a wee on the grass when I know we are not going to make it inside in time – we don’t make a habit of it though)!