Your birth month can have a huge effect on your baby’s development – and if it just happens to be the month of June, then you’re in luck!

Winter has finally arrived and it’s time to snuggle up indoors, cook delicious hearty meals and binge on Netflix. It’s also a great time to give birth. June babies have a lot going for them. And while I may be a tiny little bit biased, being a June baby myself, it’s not just me who feels this way. While many parents find the colder months challenging, there are a variety of studies that explore how a birth month can affect a child’s personality – and a June wintry baby fares pretty well.

There’s definitely some good news for the mums of June babies. According to Sleep, a journal published by the Sleep Research Society, babies born in winter are more likely to want to go to bed early, unlike the night owls born in spring and summer, who tend to go to sleep much later.

Babies born in winter are apparently bigger with longer arms and legs than those born in the warmer months, according to a study carried out by Harvard and the University of Queensland. The research shows that winter-born babies tend to have a slightly heavier birth weight, an attribute that has been previously associated with increased intelligence.

When I started school, it was common for June babies to be the youngest in the year. Not so today, with many parents sending their children to school a little later. Now babies born in June tend to be the oldest in their class, which can have a positive effect on how well they do. A recent study carried out on a large group of Australian adults revealed that those who were among the oldest at school showed more self-confidence as well as greater competitiveness and more tolerance to risk in real life situations. 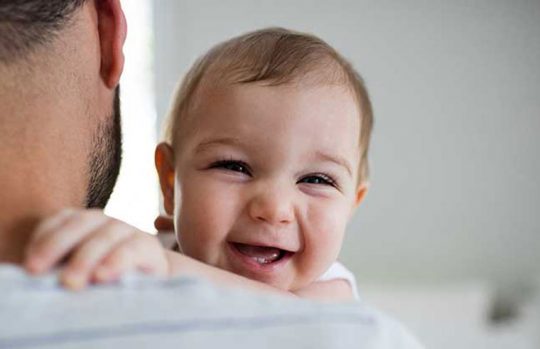 4. On their best behaviour

According to researchers at the Queensland University Technology (QUT), babies born in winter tend to be better behaved. A study, reported in the Sydney Morning Herald, matched the birth months of nearly 5,000 children, aged four and five, with the results from a behavioural screening questionnaire. This revealed that children born in winter were better behaved than those born in spring or summer. QUT Associate Professor of Health, Adrian Barnett, believes that behaviour is affected by babies’ exposure to vitamin D while in utero. “Those born in summer tend to do worse [behaviourally]. This could be because they missed the peak vitamin D time,” Mr Barnett told the Sydney Morning Herald. “Pregnancies with summer right in the middle will likely get the highest vitamin D levels.”

The one thing about June babies is that they force you to make the most of those crisp winter days. It may be warm and cosy inside but a winter baby will still want to rug up and get out and about in the pram, which means more exercise for mum, that will get the blood moving and those endorphins firing.

6. A time to celebrate

You might think winter is a difficult time for your child’s birthday parties. It’s true that the weather is chilly and it often rains. I could never have a pool party or do anything outdoors without a contingency plan. But that never stopped me from having great parties. Kids don’t care about the weather when it comes to their special day. Plus it’s halfway through the year, which means having presents more evenly spaced, six months after Christmas, rather than getting everything at once as summer babies do.

There are a number of famous actors and actresses born in the month of June so your baby will be in good company and possibly heading for the stage or silver screen. Famous June babies include Marylin Monroe, Johnny Depp, Michael J Fox, Angeline Jolie, Judy Garland, Liam Neeson, Morgan Freeman, Natalie Portman, Nicole Kidman, Ricky Gervais and Meryl Streep, to name but a few.