As a mum who held back both my sons from starting school, I know the struggle of parents whose children are born ahead of those crucial cut-off dates. I shed tears, I lost sleep over deciding when was the right time to start my kids at school. And there are tens of thousands of Australian parents grappling with this same issue.

In Australia, most states require that children be enrolled at school by the age of six. However, the age at which children are eligible to start school differs from state to state.

Children must be five by 30 April to start the school year in Kindergarten.

Children must turn five by 31 July to start the school year in Kindergarten.

All children must be enrolled in school by the age of six. However, if your child turns six after 30 June, they must enrol in the following year to start school in Transition. Five-year-old children can do a year of Kindergarten but this is not compulsory.

Children must be five by 30 June in the year they enrol to do a year of  compulsory Prep before going on to Year One.

Children must turn five by 1 May to start the school year in Reception.

Children must turn five by 1 January to start the school year in Prep.

Children must turn five by 30 April to start the school year in Prep.

Children must turn five by 30 June to start the school year in Pre-primary.

The ambiguity of the school starting age across Australia prompted the Australian Primary Principals Association to lobby for a national standard starting age. Past-president Dennis Yarrington says that while the association supports a firm starting age, there also needs to be flexibility.

“While a line has to be drawn, we would support schools and parents, in some circumstances, such as a child with specific needs, deciding the best time for a child to commence school. This should be made in a discussion parents have with the school and, if necessary, the school authority,” says Dennis.

Melbourne Graduate School of Education Associate Professor Kay Margetts says all prep children should be at least five when they start school. “There is little or no research that shows starting before five is beneficial,” she told the Herald Sun. 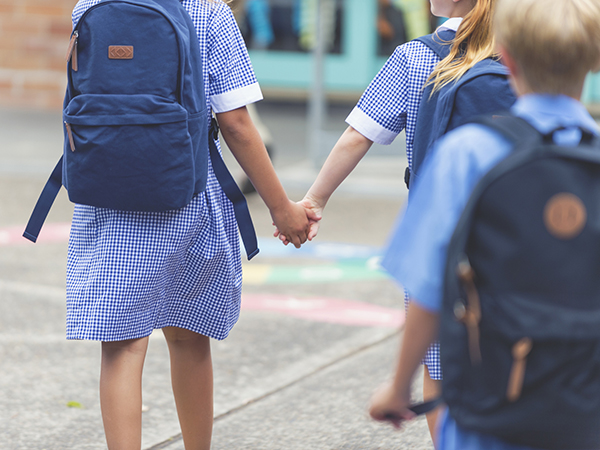 Some Victorian primary schools, like Meadowglen Primary in the northern Melbourne suburb of Epping, offer prep over two years, and it’s increasingly a popular option.

Principal Loretta Piazza explains that most parents who don’t think their children are ready for school still want to enrol them in prep, “because it was cheaper than childcare and they were worried the child might be bored at kinder if they did another year”.

Starting school around the world

“There is no research evidence to support claims from government that “earlier is better”. By contrast, a considerable body of evidence clearly indicates the crucial importance of play in young children’s development, the value of an extended period of playful learning before the start of formal schooling, and the damaging consequences of starting the formal learning of literacy and numeracy too young,” he says.

In Finland, children don’t start their primary education until they are seven years old. According to The Atlantic, Finnish schools have shorter hours and the least amount of homework of any industrialised nation. There are no programs for ‘gifted’ students, few private schools and no national standardised tests. Yet it’s one of the highest performing education systems in the world.

Finland’s former Education Minister Krista Kiuru has said, “Academics isn’t all kids need. Kids need so much more. School should be where we teach the meaning of life; where kids learn they are needed; where they can learn community skills. We like to think that school is also important for developing a good self-image, a strong sensitivity to other people’s feelings … and understanding it matters to take care of others. We definitely want to incorporate all those things in education.”

Leading parenting educators, author Maggie Dent, has been scathing in a submission to Federal Education Minister Christopher Pyne, in which she calls for an end to “stealing childhood in the name of education”:

“The ridiculous pressure to make our kids smart before we ensure they are able to get on with others, communicate and be understood, have hours of joy and delight as kids, learn to cope with disappointment and setbacks and enjoy the freedom of being a magical child under seven is making our children sadder, sicker, fatter and more disconnected than any other generation of children.” 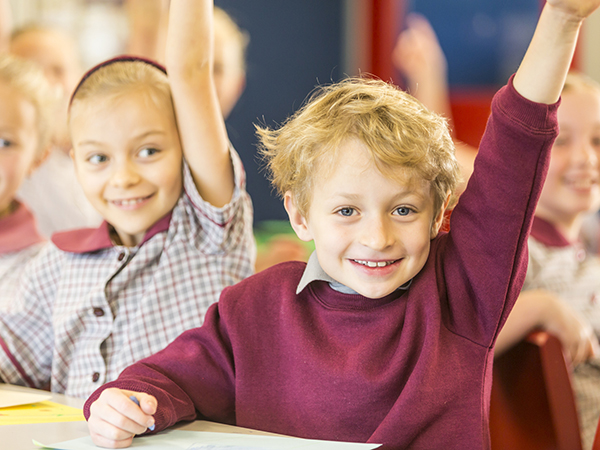 Is your child ready for school?

Maggie Dent says parents can play a big role ensuring their child is better prepared for school by helping build their life skills, and that’s easily done through encouraging play.

She also says, “children who start school with known friends are at an advantage too as friendships smooth many of the early fears of starting in a new environment”.

Teacher and Kids First founder Sonja Walker says these are the sorts of skills that need to be fostered to help children become school-ready:

Your child will need to have well-developed co-ordination to do things like dress and undress themselves, unwrap their lunch and use a pencil and scissors.

While at school, your child will need to follow the rules of games and co-operate with classmates. They will need to be able to deal with the structure of a classroom, concentrate on tasks, and follow directions.

Children also need to be able to work independently while at school, with minimal adult supervision. This can include things like going to the toilet by themselves and following routines. They’ll also be expected to comply with instructions, even if they don’t want to.

Now, here’s my two cents worth. I live in Victoria, and my eldest son is a March baby, and in the year he was to turn four, we enrolled him in preschool. He did one term, and then we were called in to discuss his progress. We were told that he was probably too young to start to school the next year. I blinked back tears. No parent wants to hear that their child may not be as advanced as they’d hoped. Then his teacher said one sentence that solidified everything I wanted for my child. She said, “If he goes to school next year, he will struggle. If you give him an extra year, he’ll succeed”.

It was my light bulb moment, and my husband and I took him out of preschool. Yes, I cried. I felt awful taking him away from something he loved. But he coped beautifully, and didn’t question the decision. We re-enrolled him in preschool the following year, and he loved it. This year he started prep, and he has excelled. He is ahead in reading, is social and above all, loves school and learning. My other son is an April baby, and while he could have started preschool this year, we decided to learn from our past experience, weigh up his abilities, and keep him home an extra year.

Each child is different, academically and socially. There is no definitive answer as to when each individual child should start formal education, but there are different schools of thought.