A mum at her wits’ end turned to our community of experienced and helpful parents when her daughter’s behaviour began to prove a real challenge.

This mum says her preschool-aged girl had previously been polite and tried very hard to play nicely. But all that’s changed and she wondered where she was going wrong – and what the best strategy might be from here.

#HELP! My almost 4yo daughter has become very rude and sometimes naughty lately. People used to comment on what lovely manners she had, but all that’s changed! She has almost completely stopped using any manners unless I insist on them (which I do). She’s shown a lot of defiant behaviour towards us and her grandparents/aunts, refusing to do as she’s told. And has also been caught out for snatching toys and being generally too rough with her younger cousins. This is such a change from 6 months ago, but nothing in her home/preschool routine has changed. Her dad and I would love any advice!

Here’s what Babyology readers had to say:

They are a normal 4 year old then? Pushing boundaries and trying to exert their independence. It’s normal. Just be consistent and don’t move boundaries. It will pass. – Louise English

Be flexible yet firm

Four years old is a tricky time for kiddos as they are experiencing an influx of new skills BUT their emotional development is still catching up … A few ways you can support her are allowing her input whenever possible. Sometimes the answer will have to be “No”, of course, BUT when there is the opportunity, allow her a choice. Most of the time, we can be flexible! That small adjustment can go a long way in helping her cope when things are not going to go her way later on that day. Her brain is already in a state of “cooperation” because you have taken time to connect and empower her at other points of the day. – Stephanie Wicker-Campbell

Looks like this “stage” caught you unawares. Usually we get challenged earlier than 4. Being out in the world now, she sees all kinds of behaviour. She’ll try it out. Just stay firm and reasonable. She’ll be okay. Also, check her health! – Sara Keefe

Have either you or dad sat down with her and had a chat to her about her behaviour? Not in a punishing/consequences manner but hanging out and having a general chat. Rather than focusing on the behaviour, find out the reasoning or change to it. Perhaps she’s wanting to express herself and is frustrated and doesn’t know how or doesn’t know the words to articulate it. – Winnie Ng

Loads of emotions and feelings and thoughts and no real way to manage them. Teach her to manage (not hide or ignore them) her emotions and express them in other ways. Give her a chance to defy (make her own choices) rather than corner with ultimatums where she feels completely without control. Let her have some control, independence, and choice, build those skills at becoming a little person. – Trish Anne 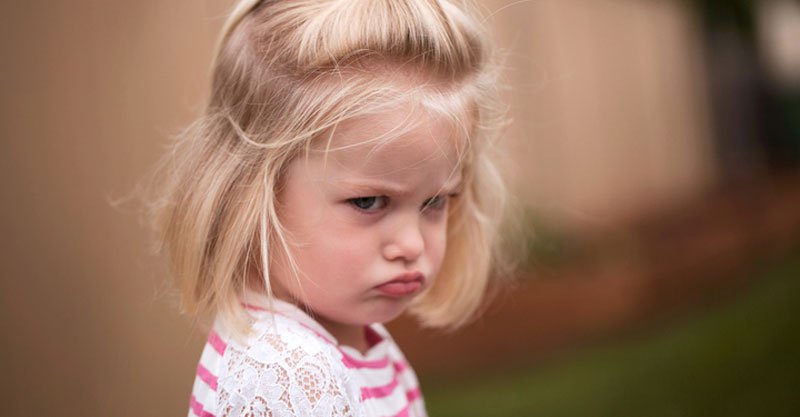 I’d educate yourself with positive parenting websites and books with authors like Maggie Dent, Dr Dan Siegel to arm yourselves with good tools – especially communication ones – to connect to her. Try not to expect listening. Often I find when my kids don’t listen it’s all about how I’m asking. Kids don’t listen to demands … Never try to reason with a tantrum-ing child. Just hold the space and then when they calm, help them identify the crazy feelings they are experiencing but don’t yet know how to process. Eg. ‘I can see you’re really angry when I said the TV has to go off.’ Keep repeating. Nine times out of ten they will express ‘yes’ then fall into a heap and want a cuddle to feel safe and acknowledged. – Natalie Hudson

Perhaps if it continues with no change and nothing you try works, you could make an appointment with a paediatrician and ask about oppositional defiant disorder (ODD)? – Gabrielle Reid

#HELP! My almost 4yo daughter has become very rude and sometimes naughty lately. People used to comment on what lovely…