When I look back at the baby years from the turbulence of the tween phase I am filled with nostalgia. Compared with the mood swings, friendship dramas and messy bedrooms of ‘now’, those years were a walk in the park.

I know that my rose-tinted glasses are distorting the truth about those ‘easy’ baby years though. Sometimes parenting a baby was really bloody hard. But sometimes it was worse than hard. Sometimes it was boring.

We’re not meant to say it’s boring though. So when Jennifer Garner recently used the ‘B’ word to describe the realities of parenting, fans weren’t happy.

Happy 25th birthday, @instylemagazine! Thank you for including me in your celebration and for always showing me a great time. Thanks to @emmanmontalvan for a great shoot and @laurabrown99 for a fun chat. ❤️ #InStyle25

But an Instagram commenter took umbrage with the remark, writing that being pregnant and nursing “isn’t boring”.

“It’s beautiful!” the person wrote. “It’s brilliant and amazing to be able to do that … nothing short of everyday miracles!”

Garner defended her comments explaining that she was making fun of herself. “Oh no – taken out of context. I can see how this sounds disparaging,” she replied.

“I loved being pregnant and I loved nursing – I was making fun of myself as I looked through my past @instylemagazine covers – I was either pregnant or nursing in all but one of them.”

Whatever she meant, Garner was correct when she said the baby years are boring.

For me, those first years were a massive, motion sickness-inducing, roller-coaster. There were incredible highs. There were sleep-deprived lows. And there were some days that were so dull that I looked forward to the brief chat I’d have with the checkout assistant in the supermarket.

Peek-a-boo is cute for the first five minutes, and then it’s only fun for the baby. Likewise pushing a swing, singing ‘round and round the garden’ and don’t get me started on changing nappies. Ground. Hog. Day.

But while I can look back and say, “yes, the early years were quite dull,” I never admitted it at the time. In fact, from the outside, it probably looked like I loved every single moment of early motherhood. 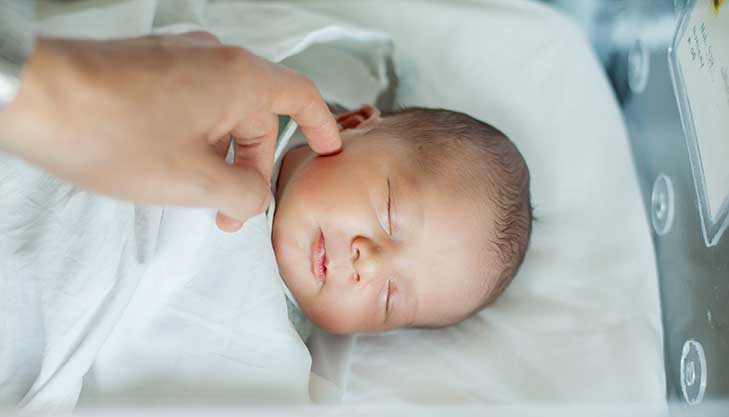 This is common. Psychologist Cath Corcoran tells me that many mothers feel pressure to do “the right thing.”

“Parenting is so loaded now. We have more awareness and knowledge around infertility and conception difficulties so we have many who do not want to appear unappreciative,” she says.

Appearing to dislike any aspect of parenting could appear as ungrateful which adds to the pressure to love every moment, adds Corcoran.

Mothers also put a lot of pressure on themselves. “Parenting is an extension of self and therefore Mothers carry a lot of beliefs and expectations around how they think they should and shouldn’t behave rather than honouring them self and their personality and aligning their mothering and parenting with that,” explains Corcoran.

When it comes to boredom, Corcoran says that it’s okay to find some elements of parenting dull. “The key though is to remember that sometimes the boring bits are the keystone principles of effective parenting,” she says.

“When we realise the boring moments can be helpful and productive it can diffuse our less than positive feelings around the parenting and it being boring.”

Fact: Babies are terrible sleepers (and that's just the way it's meant to be!)