It’s assumed that women become mothers the moment they find out they’re pregnant; that their ‘maternal instinct’ is turned on as soon as they’re presented with motherhood.

But new mums aren’t the only ones who go through changes.

It turns out that a lot goes on in the brains of new dads too, with several studies demonstrating a significant neurological change once men become fathers. It seems the more involved they are with caregiving and interacting with their baby, the more pronounced these changes are.

The research suggests that the neural activity associated with women and their maternal instincts isn’t limited to females, and could be triggered by parenting in general – in anyone who chooses to be a parent. As a result, it seems unlikely that such pronounced changes were noted in men’s brains in the past when males were less expected to be involved in child rearing.

Given that times are so different now, with many dads playing an equal role in raising their kids, and the same-sex couples that are raising babies too, these findings are pretty special.

So what happens to a man’s brain once he becomes a dad?

1. His testosterone levels go down

Dads tend to show a decrease in testosterone, which lowers aggression and allows them to be emotionally responsive to their baby. Those early bonding opportunities between bub and dad have a more profound effect than most people realise – not only do these special parenting moments strengthen emotional bonds but they can alter hormone levels in dad’s brain too. In a 2011 longitudinal study, a new father’s testosterone levels were found to fall by a whopping 40 percent after his baby’s arrival, which appears to be linked to sensitivity and bonding behaviour with the baby. Alternatively, some dads have shown an increase in testosterone after their baby arrives, which may be due to a growing need to protect his new family member. 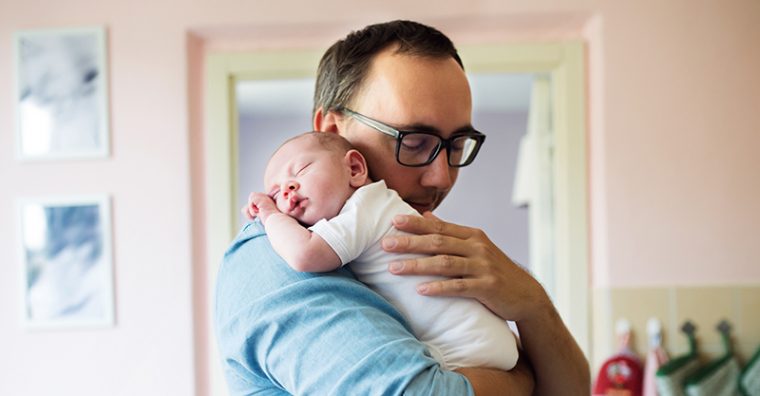 Oxytocin, that hormone also referred to as the ‘love drug’, seems to go into overdrive when a baby arrives – for mums and dads. However, while oxytocin is triggered by mum-specific actions like breastfeeding and close physical contact with her baby, for dads, this hormone is triggered through play, like making their baby laugh or helping bub move into a sitting position. And the more the relationship between dad and baby deepens, the more intense the oxytocin levels become. 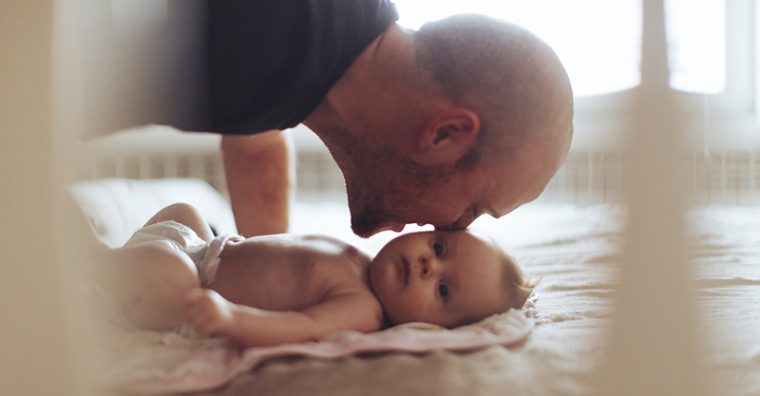 Increased prolactin is usually associated with the production of breastmilk for mums; however, in dads, this hormone rises as they interact with their newborns. In fact, across that first month of fatherhood, prolactin levels rise by an average of 20 percent, and the more emotionally responsive dad is to baby’s cues, the higher the levels of prolactin. Researchers suggest that this hormone helps with the development of paternal behaviours.

Mums and dads BOTH go through changes

Taken together, these results produced from a variety of recent studies suggest that a strong caregiving experience can trigger parenting networks in fathers’ brains in a similar way to mums. While the processes during pregnancy and childbirth help tune neurological pathways for mums, turning on that ‘maternal instinct’. For dads, this activity is triggered by interactions and emotional connection with their babies.

And if you’ve noticed that your partner has softened around the edges since bub arrived, this story might explain why: not only have you changed significantly since becoming a mum, but he has too.