Australian baby formula has long been hot property for Chinese buyers, and now to meet that demand Australia Post has opened a new concept store only selling formula and other sought-after Aussie health and beauty items with shipping exclusively to – you guessed it – China.

We’ve known for a while now that the reason parents often can’t find formula for their baby on the shelves is because it’s being sent to China in bulk by daigou (overseas personal shoppers for Chinese buyers), and even last year hundreds of tins were discovered hidden in a warehouse. As a result of this nationwide crisis, supermarkets now limit the amount you can buy per transaction (two only), and more recently formula has moved behind the counter to further restrict sales.

And just when you think the Australian baby formula crisis can’t get any crazier, it does.

It seems that Australia Post has now decided to cash in on this Chinese demand for Aussie goods by opening a new concept store in the Sydney suburb of Chatswood, that stocks primarily baby formula and other motherhood items such as pregnancy vitamins and sippy cups, plus some other adult health and beauty products like soaps and sunscreens.

“This store is not a post office. It will sell a limited number of lines, such as health and beauty products, in conjunction with international freight options,” a spokesperson told a reporter from Business Insider.

They also said that the purpose of the store was to “test customer demand for selected products to be sent to China.”

Why the demand for baby formula?

So why is our baby formula so popular with the Chinese market? The simple reason is that unfortunately in China quality baby formula is very hard to come by and VERY expensive, so much so that even paying someone in Australia to buy it and then ship it over is way cheaper.

There was also an issue some years ago where a fake formula product was contaminated and ended up killing six Chinese babies, which naturally has made Chinese parents even more anxious than ever to get their hands on the real deal. 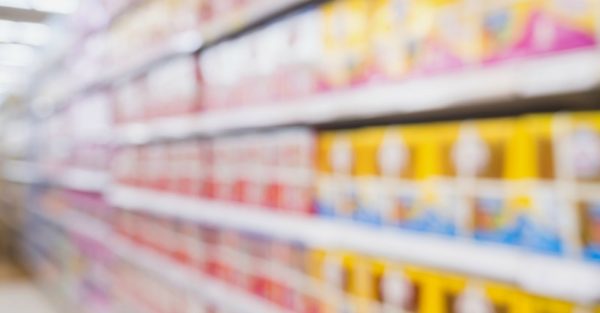 Who are these daigou?

As Business Insider reports, some estimate that daigou buy as much as 80 to 90 percent of all infant formula sold in Australia – so who are they exactly?

In the tens of thousands, daigou are usually Chinese students living in Australia who make thousands of dollars a week selling health and beauty items via WeChat, Weibo, Tmall, and Alibaba. A giant store made specifically for daigou even opened up recently in Sydney with 150 daigou attending and 730,000 Chinese shoppers live-streaming the event.

So where to from here?

For many mums who can’t breastfeed and require formula to nourish their baby, this formula issue is a concern. Can brands increase their supply to keep up with demand from both here AND China? And what about those poor Chinese parents who are in an even worse position than us and desperately need it too?

Regardless, Australia Post has obviously developed this new strategy to cater directly for this market. And although they say there are no more plans to extend beyond this one location, it could be a sign of what’s to come.