This morning I was reading a book about a young mum in the early 1900s who (quite understandably) didn’t want to breastfeed her child after an unplanned pregnancy and traumatic birth, and it got me wondering about how such babies were fed when formula wasn’t an option.

A little bit of digging revealed there were a whole bunch of makeshift alternatives to breastmilk, before formula and bottles arrived on the scene. Some of them make lots of sense, while others point to a time when people were much less fortunate than we are. Let me take you through a few …

A wet nurse is a woman who breastfeeds another woman’s child and this was the most common alternative to actual mother’s milk. Wet nursing was undertaken as early as 2000 BC and continued right through to the 20th century (and perhaps beyond, as some news stories and YouTube videos can attest!)

This was a widely used alternative to breastfeeding because women sadly often died in childbirth or could not breastfeed due to health reasons. In some parts of society, breastfeeding was not the done thing. This meant wet nursing was very common in well-to-do families who often used servants or – sadly – slaves to breastfeed their babies.

Ancient clay vessels have been found during archaeological digs, and it’s thought that these were filled with animal’s milk (for instance goat, sheep, donkey, camel, pig, or horse milk) and used to feed babies who could not be breastfed.

Of course, these vessels were not very hygienic and babies didn’t always thrive when fed this way due to a combination of germy vessels and/or inappropriate milk. 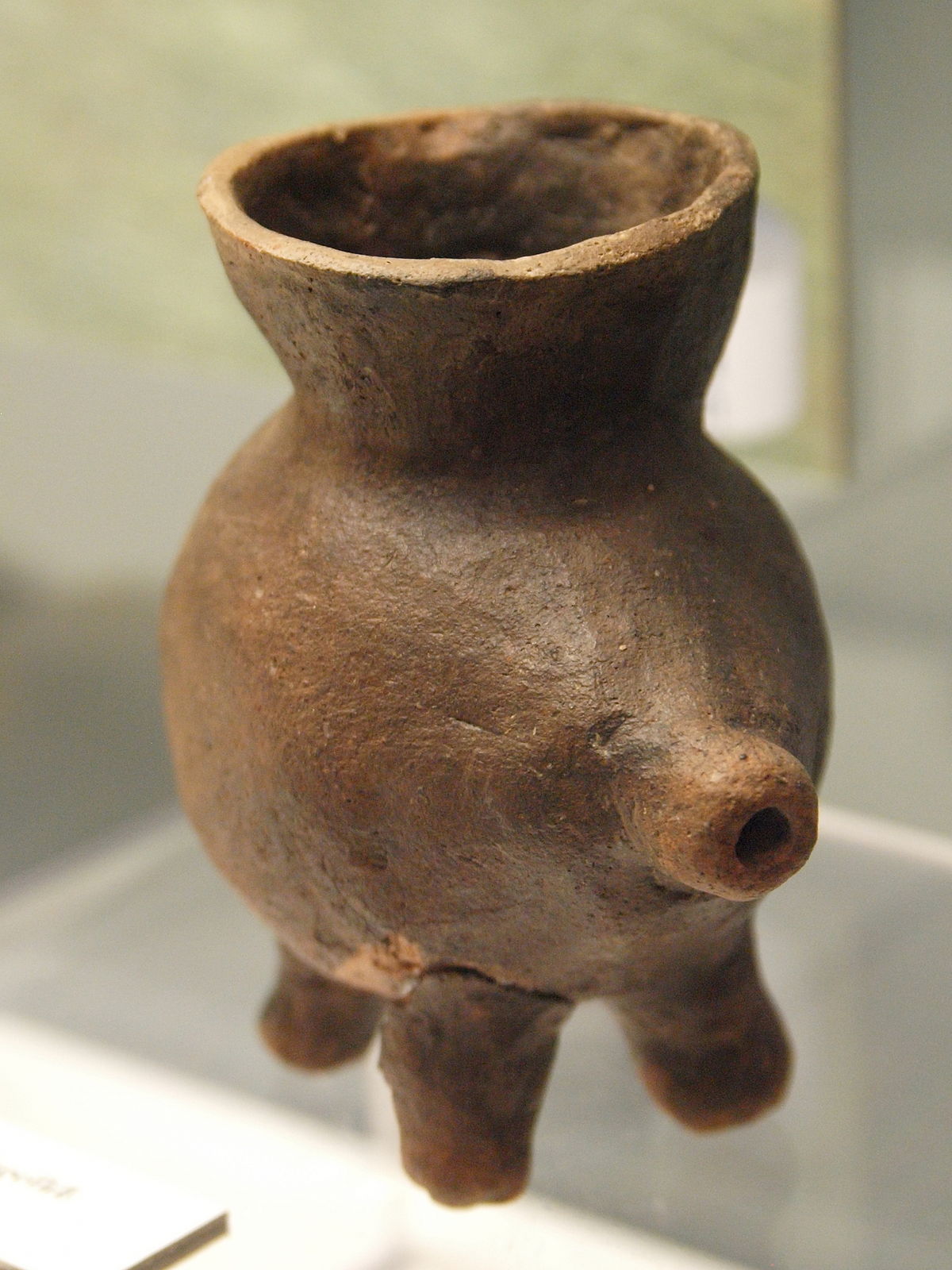 Who knew that an animal’s horn could become a baby bottle? Sadly people in the Middle Ages knew, that’s who. Ugh. Again, babies would drink animal milk from the hollow horn.

Sometimes carved wooden vessels were crafted and used to feed babies even more of that milk from the local beasts.

Between the 16th and 18th century some babies were fed via bread soaked in water, sugared water or cow’s milk. Others were fed cereal cooked in bone broth. But don’t get any ideas wellness fans, because the infant mortality was HIGH.

In the 1700s something called a ‘bubby pot’ was invented. It was made of pewter or silver and was a bit like a coffee pot, with babies drinking cow’s milk from the spout. The spout was covered with rags, linen or  sponges to form a makeshift teat.

By the 18th century, people began to realise that human milk was best for babies – hooray – so they set about formulating something that would have similar properties.

In the mid-1800s it was also popular to spoon-feed milk to babies.

Another way to feed babies involved encouraging the child to suckle directly from an animal’s teat. Gosh.

In 1853 a gent named Gale Borden added sugar to the newly invented evaporated milk (another popular feeding choice for babies), canned it and marketed it as condensed milk. This soon became a popular breastmilk alternative for babies. 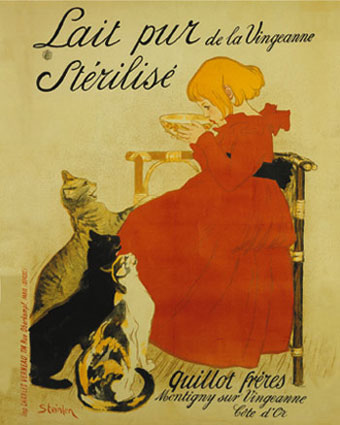 In 1865 a chemist named Justus von Liebig created, patented, and marketed one of the first baby formulas. It was initially made in a liquid form and then he developed a powdered form that would keep for longer. It consisted of cow’s milk, wheat and malt flour, and potassium bicarbonate.

By 1883, Justus wasn’t the only baby milkman on the block. There were now 27 patented types of infant food and most of them were fatty, sugary and inappropriate for babies due to very few nutrients.

During the mid-19th century glass bottles began to be used with the first baby feeding bottles, created in France. They were very elaborate, featuring a cork nipple and ivory pins were used as air inlets to help regulate the flow of milk.

A competitive market saw improvements to both feeding vessels and the nutritional value of formula pretty quickly, thank goodness.

But babies in the developed world were still getting sick – or worse – from drinking these breastmilk substitutes because families didn’t yet know that harmful bacteria could breed in bottles.

It’s important to note that in many countries where formula began to be marketed, parents didn’t have access to clean water or sterilised bottles. This has resulted in babies getting sick or even dying right into this century.

By around 1912, everyone knew an old rag wasn’t an ideal nipple and that milk needed to be kept cold. The rubber nipple had now been developed and home refrigeration had improved enough to ensure more babies were drinking formula more safely. Apparently the early rubber nipples smelled and tasted really disgusting but you take the good with the bad if you’re a hungry baby, apparently!

By the 1950s a much less gross rubber nipple had been invented and formula was finally an acceptable alternative to breast milk. Improvements have been made to feeding apparatus and formulas ever since, thank goodness, and now parents can confidently feed their babies formula and know they will thrive.

A thread on the parenting forum Mumsnet shares mums’ anecdotal stories about how their own relatives coped with not being able to breastfeed.

“My husband’s mother told me that her mother breastfed her neighbour’s child as well as her own when the mother couldn’t. This was in Spain in the 1930s/40s. I imagine that during the war, cow’s milk wouldn’t have been in abundance.”

“People (like my grandmother) boiled cow’s milk, diluted it and added sugar to it.”

“My grandmother wet-nursed in an English hospital in the 1940s.”

“My granny had 5 children and for some reason she didn’t have any milk for her 5th baby. As this was 1940 in Ireland, there was no formula, so the doctor had samples of milk from the local dairy herd tested (no idea in what way) and the cow with the ‘thinnest’ milk was found and her milk used for my uncle, with of course a good teaspoon of sugar thrown in. He was moved on to milky porridge, as soon as he could take it. He is still going strong!”

“In the ’50s, my mother grew up next door to a set of twins who were raised on diluted Carnation milk.” 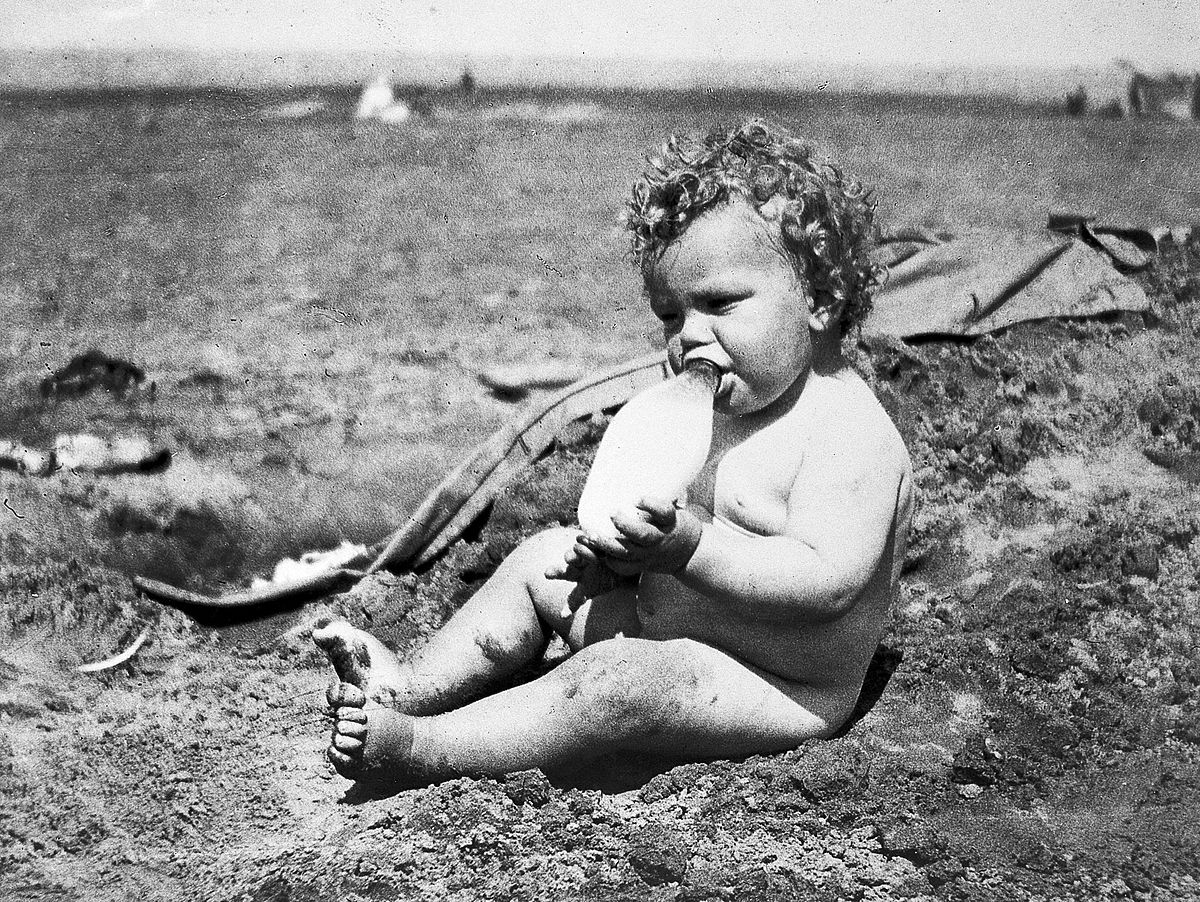