I wanted three children and was blessed to get my wish. I wouldn’t change anything for the world and don’t want to fast forward the time away, but … yeah, there are a few milestones I’m looking forward to my youngest reaching.

1. Wiping his own bum

We still haven’t officially got to toilet training yet (although my toddler can wee in the potty when asked), so getting over this stage will, of course, be super. No more nappies for us or the environment!

Further along, though, the huge milestone will be when he not only goes in the toilet but doesn’t require me to wipe his bottom (like his big brothers don’t anymore). I look forward to getting past the whole calling out and greeting me with a dirty bum in the air! (I accept that bathroom mess from three boys will be with me forever, and that’s okay).

He can say quite a number of words, and while some string together to form something we can comprehend, most of the time it’s pretty hard for him to communicate with is, which is so frustrating for him – especially since he understands everything! He’s such a character too, so our whole family can’t wait to see what comes out of his mouth when he can finally speak properly. 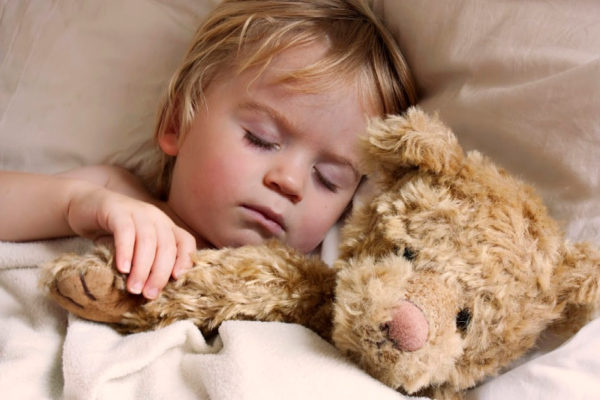 Yep, my two-year-old started climbing out of the cot recently, so it had to go. Which means I no longer have a child who goes to bed at 6.30pm and stays there until morning. Instead, I have one who thinks it’s hilarious to hop up every five minutes until 9pm wearing his most stylish hat to see where the action is at (even if everyone else in the house is asleep by then). So it’ll be nice when he goes to bed and stays there!

4. Keeping his blankets on

When all my boys were babies, they wore infant sleeping bags which is the best way ever to ensure little ones don’t get cold in the night (or climb out of the cot). But my toddler ripped his off when he was about one. Almost every night since then, he cries out at around 3am, and I have to go in and put his doona or sheets back on.

5. Not having a day sleep

While it’s handy right now that my youngest still has a day sleep, it will be nice when we don’t have to plan family activities on the weekends and during the holidays around his sleep schedule, given that the older two boys are school age and haven’t napped for yonks. I know that fussy eating can continue for many years (like with my frustrating eight-year-old!) but boy will it be a relief when my toddler doesn’t, a) help himself to ANYTHING in the fridge when he feels like it, b) scream until he gets a million snacks and not eat his main meals properly, and c) throw his food EVERYWHERE.

Yes, kids can be trying at ANY age (we’re looking at you moody tweenagers), but nothing is more exhausting than the terrible two toddler rampages that can occur at any moment for the most insane reason – e.g. I wouldn’t let him go bare-bummed to daycare or let him water the inside of the house with the garden hose. Give me a back-chatting and naughty six or eight-year-old any day!

What milestones were or are big ones to look forward to with your little ones? Tell us on our Facebook page!