When my sister was pregnant, she came up with a pretty cool idea to reveal the gender – to herself as well as the rest of us. She had the sonographer write down her baby’s gender on a piece of paper and put it in an envelope. Then she delivered the envelope to her favourite bakery and asked them to make her a cupcake with pink or blue inside, according to whatever was inside that envelope. When it was ready they picked up the box and brought it home for a reveal in front of family and friends.

It was a girl!

Ah, there’s nothing better than a dramatic reveal, especially when everyone’s watching with anticipation, and ready to cheer wildly with you. I thought my sister’s idea was pretty epic but when you look around the internet, the lengths some couples go to are AMAZING.

Check out these gender reveal videos. You might need a box of tissues, it’s hard not to get caught up in the excitement …

Boy? Girl? Which is it? This brilliantly choreographed dance keeps you guessing all the way to the end. 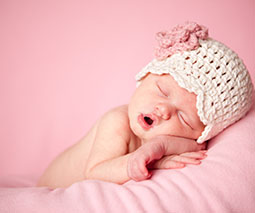 Finding out your baby’s gender on your wedding day: the best moment ever

What a rock and roll way to deliver the exciting news.

this is how i’d want my gender reveal ? pic.twitter.com/IyOSVIJwtR

For those of you who have friends in high places.

This couple are adorable. Their pure joy at the reveal will have you dabbing at your eyes.

How cool is this reveal?

Clearly, this daddy-to-be is at home with his barbells.

Love the explosion of colour in this army scene.

The joy that unleashes here is contagious! Feel like I’m there celebrating with them.

10. Getting the family involved

So cute. And a bit magic!