When trying for a baby, it can be easy for couples to limit their focus to a woman’s fertility. After all, she provides the main vessel for a baby to grow and develop.


But so many things need to happen before new life can begin, and sperm is a big part of that.

Let us break it down for you …

Here are 10 important things to consider before you start

Adelaide’s City Fertility Centre medical director Dr Marcin Stankiewicz tells Babyology there are many things couples should know about sperm before they start trying for a baby.

Men’s medical history is important and their mum should have the answers you need. One of the first things men should ask their mums is if they were born prematurely as it can have an impact on fertility potential.

“How much sperm will be produced is actually determined when a boy is still a foetus in his mother’s womb,” Dr Stankiewicz says.

While an average male produces approximately 100 to 20 million sperm per day and more than one trillion during a normal reproductive lifetime, delayed development due to premature birth, complications with undescended testes as an infant and mumps causing orchitis during the teen years can all have an impact.

“You want to ask your mother, did I have any problems with my testes when I was young? Did I need to have them dropped down or fixed down in the scrotum?” Dr Stankiewicz says.

It takes approximately 70 days for sperm production to be completed and then another 12 to 21 days for it to make its way to an organ called the epididymis, which is a sac on top of the testes which stores the sperm.

“That is important to consider because any sort of insult that has happened, any inappropriate diet or lifestyle choices could influence what happens during that time and influence the sperm production,” Dr Stankiewicz says.

Following on from point two, Dr Stankiewicz says any preparation for reproduction such as a diet change should really happen three months before trying to allow for enough time to pass to get the benefits of the positive changes.

4. What you eat affects sperm quality

Women are not the only ones whose fertility can largely depend on their diet and nutrition.

Men also benefit from having good amounts of zinc, Vitamin D, E, folic acid, Selenium and Magnesium, which a good diet would provide.

“A healthy diet full of natural antioxidants and micronutrients will benefit sperm production,” he says.

“You really are what you eat.”

Men hoping to have a baby should avoid foods that will increase their BMI to an unhealthy level, Dr Stankiewicz warns.

“An overweight male will obviously be heating up the testes.”

“We want to avoid things that produce excess heat so we would not recommended using a laptop on your lap,” he says.

“Also the sedentary lifestyle that can come from excess technology use, such as preventing you from getting at least 30 minutes of exercise a day, could be detrimental. 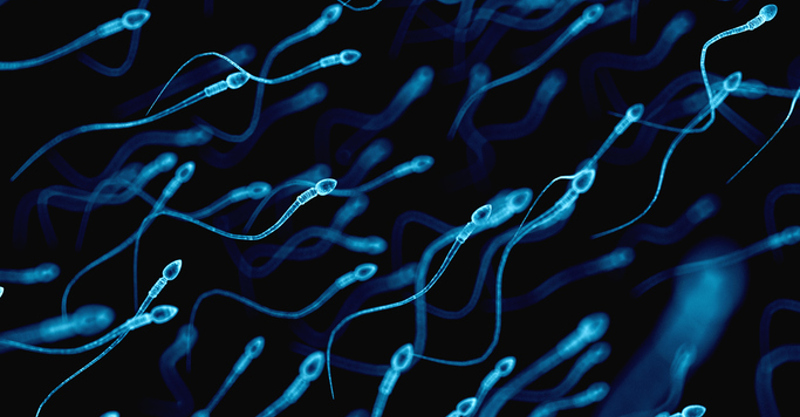 It is assumed most men will have normal semen analysis but to remove that assumption, men often take the step to have their sperm tested.

When doing this, Dr Stankiewicz says it is worth keeping in mind that men can have “bad sperm days just like bad hair days” given all the lifestyle factors that can have an impact.

“For this reason, it’s actually useful to have your sperm retested at least four to eight weeks apart so you get the baseline right,” he recommends.

Illnesses involving inflammation, high temperatures and those that require antibiotic treatment could also be part of the reason you get a low sperm reading. It is therefore worth being retested again at a later date.

There is no time like the present to make the changes you need to improve your sperm production.

Given sperm quality decreases with age, Dr Stankiewicz has even adopted a saying he shares with his patients and medical students.

“The number of normal looking sperm decreases with age so my recommendation would be ‘don’t delay, do it today’,” he says.

“Pregnancy rates for males older than 50 are around 20 per cent lower than for those aged under 30.

“Also, when considering the chance for a male to father a child, the possibility of achieving a child within a year is approximately 50 per cent lower when over the age of 35 than when under the age of 25.”

9. Sperm should be chivalrous

Just as old school etiquette dictates that a man should not leave a woman waiting, Dr Stankiewicz says the same can be said for sperm.

For the greatest chance at conception the sperm should arrive in the fallopian tube before the egg. Which means couples should do the deed at least two to three days before predicted ovulation.

Opinions are mixed when it comes to how often men should be ejaculating to ensure they have a regular turnover of sperm.

“Generally the thickest most normal looking sperm will get to the egg first,” Dr Stankiewicz says. But he recommends men ejaculate regularly when they’re trying to conceive.

“A reasonably good frequency would be every second day or so to maintain a good balance of healthy DNA in the sperm,” he says.

“When you are trying to fall pregnant, if you save up the sperm for a week or so then you are more likely to have a greater percentage of abnormal sperm and sperm with unhealthy DNA so, yes, regular ejaculation is good.”

Now that you’ve brushed up on your sperm facts, here are 10 things you need to know about ovulating before trying to have a baby.