One of the strangest parts of motherhood, I have found, is that once you give your body over to becoming a mother it’s effectively open season for friends, family and sometimes even strangers, to share their opinions about your body.

“Oh, you’re carrying so well,” or, “Wow, how many have you got in there?!” are common refrains heard by many pregnant women when they start to show.

It’s as though your body stops being your own, and instead, becomes public property for people to project their opinions, thoughts, and perhaps even insecurities, onto.

This is also the case when it comes to how a woman gives birth; the manner of which (caesarean section versus natural birth) is open for much public discourse.

Despite Australia having one of the highest c-section rates in the world – at 32 percent – women who deliver this way are often viewed as being not quite up to muster, or ‘too posh to push’.

And if you happen to mention you’re considering an elective caesarean, be prepared for the judgment to rain forth.

The peanut gallery weighs in

At 35 weeks pregnant, my husband and I found out my son was in the breech position. While my obstetrician assured me that most babies turn in time for the main event, by 37 weeks he showed no signs of budging.

My husband and I had spent the previous fortnight discussing the merits of natural birth versus c-section, and in hindsight, rather naively shared this information with our families and two very close friends.

While we did this thinking we would receive their support, many of them instead took it as an opportunity to weigh in with their thoughts on how we should bring our child into the world.

Some decried the horrors of a c-section – the long recovery, the need for medication and the resultant scar (never mind that an episiotomy results in similar issues). Others questioned why I wouldn’t want to have the ‘real’ labour experience and at least attempt a vaginal breech birth.

They all felt it necessary to weigh in on our decision and there was an underlying subtext that I was ‘copping out’ by opting for a c-section.

My doctor suggested we try an external cephalic version (ECV), where he basically attempted to rotate our baby manually from outside my body – the experience of which was as delightful as it sounds – but it was unsuccessful.

In my mind, I had already decided that a caesarean was the way to go, after learning about the risks that can occur for breech babies who are born vaginally, and my husband, while still doing exhaustive online research (read: trawling Google), was behind me 100 percent.

Did I make the right choice?

While I stand by my choice – and more crucially, my right to choose – if I had my time over again I do wonder if I may have considered trying for a vaginal breech birth.

When my son was six months old and starting solid foods I began looking into gut health and the gut’s microbiome. I discovered that the gut plays host to a whole range of micro-organisms including bacteria, fungi and viruses, and the health of your microbiome directly relates to your predisposition to conditions such as asthma, allergies, and even mood disorders such as anxiety and depression.

Research has suggested that during vaginal birth, certain bacteria from the mother’s gut are passed on to the baby and stimulate the baby’s immune responses. Unfortunately, babies born via caesarean miss out on this dose of their mother’s bacteria and can be more prone to immune system-linked diseases.

It’s worth noting, though, that this research was called into question last year after a study published in Frontiers in Medicine suggested that while vaginally born and caesarean-delivered babies have different microbiomes, this is likely due to the antibiotics that are administered before a c-section, not vaginal bacteria. 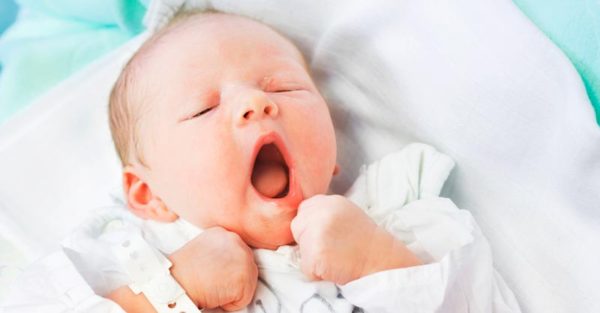 I don’t regret standing up for myself

While my son is the picture of health (touch wood), I wish I had known about this prior to giving birth, as it may have swayed my decision in a different direction.

I was also somewhat naive about how confronting having a caesarean would be, which makes sense given I’d never experienced one before!

While of course, I knew it was major abdominal surgery, but the speed at which the procedure is done (30 minutes tops) and also the prevalence of women who deliver “out the sunroof” (as one friend put it), suggested to me that it would be a fairly simple and easy affair.

While I did indeed have by all accounts a quicker and easier recovery than most, given it was an elective rather than emergency c-section, and the experience itself was devoid of the drama and anxiety that accompanies going into labour (the rush to the hospital, the endless pushing and screaming), it was certainly not a walk in the park.

Standing up for the first time the day after my son was born, it suddenly hit me how shocking it was that I had literally been cut open. My body felt violated in a way I’d never experienced before and it gave me pause that the word ‘elective’ was in the procedure’s title. Did I really ‘elect’ to this?

Despite this, I don’t regret standing up for myself when faced with everyone’s opinions on natural versus caesarean.

Every woman must fight for her right to decide what will happen to her own body in the delivery room, so I sure as hell won’t be apologising to the peanut gallery for doing so. 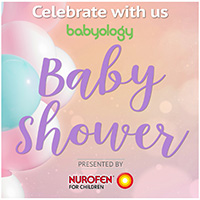