The climate crisis is taking a toll in all kinds of terrible ways. Now a new study looking at 56 million births suggests global warming is contributing to early births as well.

The study was published this week in the journal Nature Climate Change. It explains that when the temperature is over 32.2 degrees Celsius, birth rates increase by 5 percent.

Birth rates are also elevated the day after a hot day.

It’s thought that warmer weather is responsible for a hike in two-day births, with labour starting on a hot day and continuing into the next day.

When the temperature cools, birth rates cool too.

Unfortunately, many of these births are happening before a baby has reached full gestation.

CNN reports that the researchers “estimate that over a 20-year period, an average of 25,000 infants per year were born earlier in the United States as a result of warm temperatures.”

Oh, wow! 10 must-see photos that show what giving birth used to look like 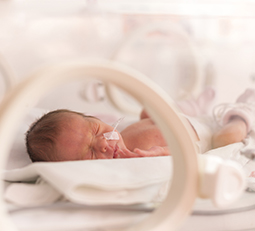 And that’s just in the US.

The number would likely climb further if you extended that scrutiny to other countries.

Health consequences for mum and bub

It’s not really known exactly why the hot weather seems to induce labour in some women, but there are theories.

Studies on animals have hinted that it could be because oxytocin production increases when temperatures are high. Oxytocin levels also increase when labour begins.

Or it may be because the cardiovascular system is more stressed when a pregnant woman is hot.

Health problems such as pre-eclampsia and hypertension also affect women more when the weather is hot.

When it comes to early babies, there are lots of consequences to not reaching full term. Babies born early are more likely to spend time in hospital, more likely to have asthma and more likely to face developmental delays.

This study only examined birth data from between 1969 to 1988, but with average temperatures climbing globally, it’s pretty much a given that there are even more early births related to hot days over the last 30 years or so.

The researchers say that in the US alone around 250,000 gestational days will likely be lost each year by the end of the century.