Each of my three children came into the world in a different way: emergency c-section, vaginal delivery (VBAC) and an elective caesarean – in that order. So which one came out on top?! Here are my pros and cons for each: 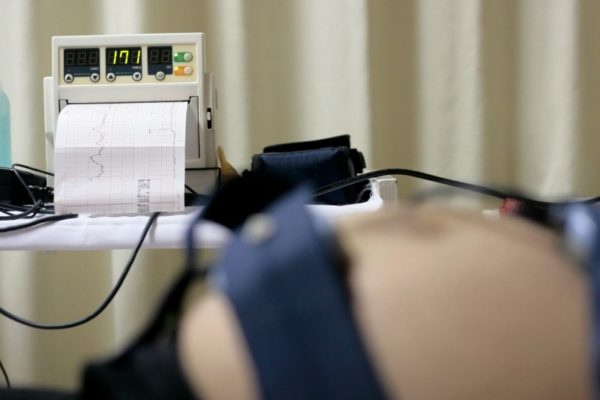 I was excited about giving birth naturally. I thought I had a high pain threshold (ha!) and even read up on techniques to help with labour. But alas, it was not to be. I was borderline pre-eclampsia with high blood pressure, which prompted my doctor to induce me a few days before I was due. Following this, I had my waters manually broken (OUCH!!), a hormone drip, went into labour (OUCH!), had gas, an epidural; and after all that, my baby was stuck and in distress so it was on to the operating table for an emergency c-section.

Pros: Everyone came out of the experience alive and healthy. My recovery was fairly good (except for an infection – see below) and I found everyone at the hospital very caring and sensitive because of what I had been through. I also felt pleased that I had given labour a good crack despite the end result.

Cons: It was disappointing to go through all that action to then just be cut open, even though it was the safest option. The hormone drip (and heart monitor around the belly) really restricted my movement and brought on labour faster and harder than a natural labour. My c-section was also longer than normal (my baby had to be pulled up the birth canal) and ‘rougher’ which contributed to a very painful and debilitating infection a week later. Ding ding! Round 2 – step up to the arena, vagina! Most people who have had an emergency c-section opt for a planned c-section next time round as there was possibly a reason why the birth was difficult first time around. However, despite my husband’s doubts, I was down like a clown for a VBAC (vaginal birth after caesarean). My doctor gave it the thumbs up and so baby number two came into the world vaginally.

Pros: I did it! I got to experience the most natural and physically amazing thing a woman can go through, giving birth the way nature intended. The surprise of going in to labour unexpectedly and timing contractions was very exciting. My son thinks it’s cool that he was the only one to ‘come down the tunnel’ which is pretty cute, and experts claim there are lots of benefits for the baby with a vaginal delivery (e.g. their gut gets lined with good bacterial flora).

Cons: My delivery was the most painful thing I have ever experienced. My epidural didn’t work and I lost the ability to communicate. I wanted to die, seriously. Obviously not all women experience natural birth like this; however I do have a retroverted womb, smallish hips and produce very large babies which might be why it was so bad for me. My recovery was also horrific. Vaginal tears were the least of my worries, I had haemorrhoids the size of Texas which meant standing or even sitting for ages afterwards was painful (blood rushes to the area). The hospital staff also hardly checked on me (because natural births are easier than c-sections right?) so, of course I cried when I had to go home. Believe it or not, even after the VBAC experience, I was keen to give natural birth another go with the hopes that because the tunnel had been open for business once before, the ride this time would be smoother. Unfortunately my doctor had other ideas. The core one being that prior to falling pregnant, my uterus had been perforated at the top where it contracts during labour, meaning I was in a much higher than normal risk category for rupture. Back to the operating table I went.

Pros: As an ‘elective’ c-section, I knew my delivery date which helped with things like organising care for my other children. Safety risks for me and bub were minimal also, and my recovery was outstanding. The best one yet.

Cons: I found the procedure very clinical with no element of surprise, which made me quite teary. My baby was taken to the intensive care ward with my husband initially (wet lungs), so I also felt quite alone and sad not to be with my baby as I was being stitched up.

And the winner is …

Vaginal delivery. Yes, I know I’m crazy after what I experienced but it really was worth it. And that’s not because I feel like it’s what I’m supposed to say. In this day and age, I don’t believe natural deliveries are something a woman needs to endure as a rite of passage, it’s completely up to the mother. But as intense as it was during and afterwards, at times it felt so exciting and completely real.