In the latest episode of Side-by-Side Royals, dad-to-be Prince Harry is pretty much the spitting image of his grandfather – the Queen’s husband. Gasp!

“Who does it remind you of?”

Getty photographer Chris Jackson has just pointed out that Prince Harry (who has just finished up a gruelling tour with his expectant wife Duchess Meghan) looks a heck of a lot like his grandfather Prince Philip (with – we might add – a touch of his lovely mum thrown in for good measure.)

“I spotted this beautiful 1957 vintage cover of a Paris Match magazine whilst visiting our wedding venue in France a couple of years ago – Who does it remind you of!? Swipe right to see!” Chris posted alongside a photo of Paris Match cover boy Prince Philip.

He added an image of Prince Harry dressed in matching regalia to demonstrate the undeniable resemblance.

The news has possibly disappointed conspiracy theorists who quite enjoy suggesting that Harry’s the red-headed black sheep of the family. 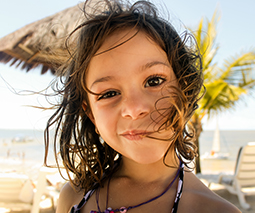 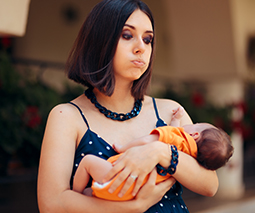 “I thought it WAS Harry!”

Royal fans, on the other hand, were thrilled with the comparison and stoked to catch a glimpse at some royal history.

“I’ve always thought there was a very strong resemblance between the two princes (Philip and Harry). It’s nice to see that verified”

“That’s amazing!!! The resemblance is spot on!! I thought it WAS Harry on the Paris Match cover and had to re-read the post. Awesome comparison”

I spotted this beautiful 1957 vintage cover of a @parismatch_magazine whilst visiting our wedding venue in France a couple of years ago – Who does it remind you of!? Swipe right to see! I think it may have been colourised from a black and white negative but correct me if I’m wrong. Was very happy when the lovely people at @chateaurigaud let me keep it! Whilst today it’s very much a ‘Modern Monarchy’ it’s these historical reference points that make photographing the Royal family so unique and remind you of the centuries of tradition that remain at their core. #PrinceHarry #RoyalVisitAus #ParisMatch #History #DukeofEdinburgh #modernmonarchy

Chris’s photo is actually a repost of a shot he shared two years ago. And even then people were doing a double-take at the Harry-Philip twinning situation.

“Charles, Phillip and Harry have the same nose,” a royal watcher posted back then. “Harry is a Windsor and William takes the Spencer side when it comes time looks.”

“I agree the three are extremely similar (Mountbattens however!)” another admirer replied.

“Perfectly wonderful! Genetically it is perfectly normal for a grandchild to pop up with pure ginger traits from a grandparent or great-grandparents. Harry is a perfect match for his handsome Grandfather,” someone else decided.

And just in case you thought that Harry and Philip had cornered the market on royal beards, think again. Both Prince Charles and Prince William have toyed with facial hair too, although we’re not sure they manage to pull it off …