While the pandemic has been easy for no one, spare a thought for grandparents, who have had to endure a particular type of suffering during lockdown. Unable to hold or hug the small humans they’re used to seeing as often as once or twice a week, they’ve instead had to rely on technology to catch up with grandchildren, which is not really their strong suit (no offence – #notallgrandparents).

Lockdown has been especially hard on new grandparents who have been unable to squeeze their newborn grandkids, some for over two months now.

One Japanese company has found a novel way to deal with this conundrum and we’re not sure if it’s genius or heartbreaking – probably both.

They’ve created bags of rice the exact weight of the newborn baby, along with a photo of the baby’s face plastered on it, to send to grandparents and other relatives, so they can experience the sensation of holding the new addition to the family while on lockdown.

Naruo Ono, the owner of Kome no Zoto Yoshimiya rice shop in Japan told The Guardian she had the idea years ago, “I first had the idea about 14 years ago when my own son was born and I was thinking about what I could do for relatives who lived far away and couldn’t come and see him. So we decided to make bags of rice that were the same weight and shape as the baby, so relatives could hold them and feel the cuteness.” 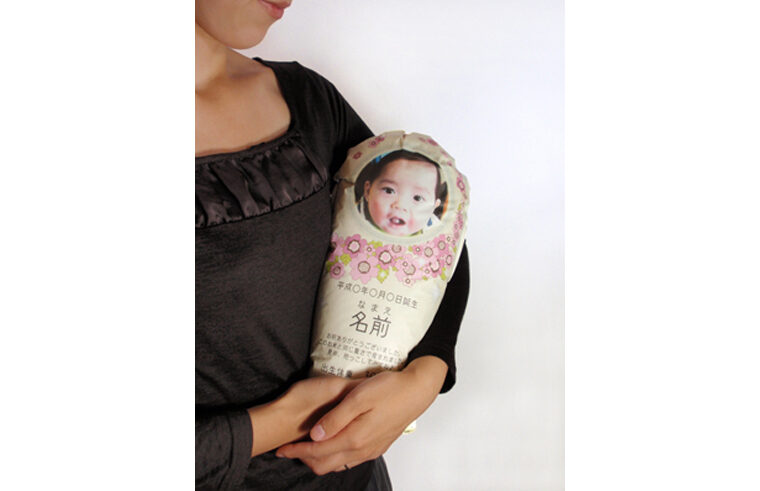 A customer saw one of the rice bags with the picture of Ono’s son on it at the company’s shop and remarked on how “sweet and interesting” it was. Ono thought there could be a market for them and started producing the bags for customers, gradually getting orders from all over Japan.

Ono sells a particular type of bag as a regular rice bag is not really amenable to holding, often leaving the baby’s face bunched up.

And while the gift is meant to be eventually opened and eaten, grandparents are apparently having difficult time with it. “People say they have a hard time opening them up and eating the rice,” Ono said.

Whether that’s because the bag itself is difficult to open, or slicing through a replica of your grandbaby’s tiny body is maybe a little creepy and depressing, Ono didn’t say.

We’re going to go ahead and bet it’s the latter.