When mum-of-three, Cassi Herbert from threw a sixth birthday party for her eldest child, Midge, she chose a uniquely creative party theme.

“My daughter is a bee-keeper“

NSW mum Cassi says she can’t help but go all out when it comes to parties and you have to admit her clever handiwork is truly inspirational.

“I am a birthday party lover!” she says. “Each year my kids have some kind of party.”

“Be it a cake and a themed table for lunch with Grandma or a big occasion like this. I LOVE birthdays and celebrating my kids.”

As you can see, Midge’s party was no exception and Cassi says the unusual-to-some party theme made perfect sense for their family.

“My daughter is a bee-keeper,” she explains. “She has been since she was 4 with her grandma. It is her passion to save the bees and spread awareness. She was given her very own bee hive for her birthday so it was a given to do a Save the Bees Garden Party.”

And do it they did with 27 kids aged between 2 and 8 turning up for a bee-autiful shindig! “The birthday girl! My little bee-keeper. As the kids were all a bit older, we saved on using throw away plates and cups. It was more washing up, but saved on money and waste.”

“Our biggest goal was to be as environmentally friendly as possible. Minimal waste,” Cassi explains.

The family chose to gift little party guests packets of seeds, instead of the traditional lolly bags.

“My favourite was having seeded paper for invitations that could be planted after the party,” Cassi admits. 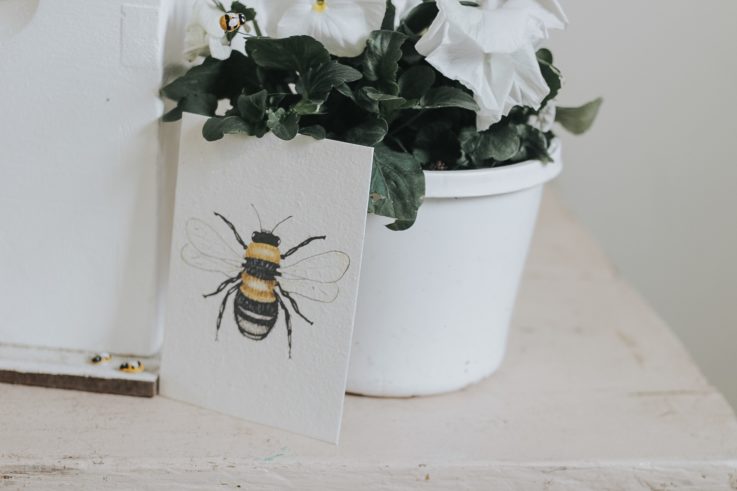 “We had custom-made seeded paper invitations so the kids could plant them after the party.” This genius mum says gathering and planning the decorations was almost as much fun as the party, and that they hunted far and wide for the perfect bits and pieces.

“We had so much fun making props ourselves and collecting bits and pieces we had to add to the party.”

“We found a bike for $5 at the recycling centre and together we painted it and added a basket to add the vintage garden touch,” Cassi says.

“We replaced balloons with plants as decoration and colour. We added little wooden bees to florist wire to make it look like they were buzzing about. After the party, we planted these in our garden for the bees.” 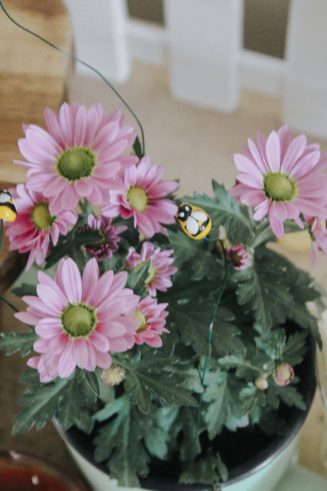 “I added little bees into the flowers so it looked like they were buzzing around.” 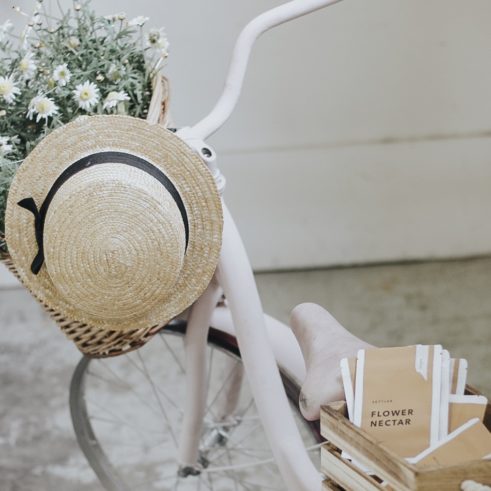 “We gave out seeds for take-home gifts. I made this with a $5 thrifted bike and some paint. I added some baskets we already had and now she has a home in our garden.”

What about games, we hear you wonder. These ranged from the traditional to the ingenious!

“We had to of course play pass-the-parcel. I also set up a table with pots and temporary tattoos for the kids to decorate a pot for their seeds,” Cassi explains.

“The little kids had a play dough station with props to make their own little gardens for the bees. Our last game was Pin The Bee On The Flower [which was] our take on Pin The Tail On The Donkey. Midge and I made a massive daisy out of cardboard and cut up little bees for the children.” 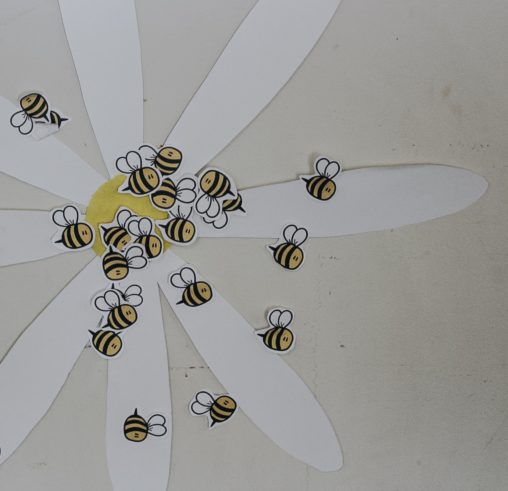 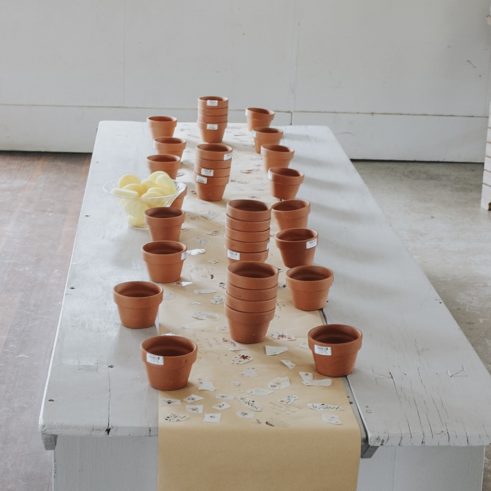 “Pin the bee on the flower. I cut out a flower using cardboard and felt for the centre. I printed off little bees, cut them out and stuck Blu Tac on the back.” “Honeycomb from our own hives.” 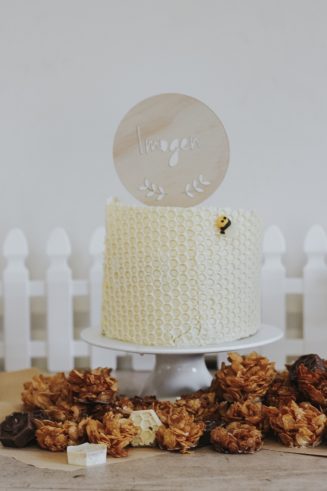 “Don’t look too closely at the cake! I made the outside with white chocolate melted over bubble wrap. I didn’t make it long enough but no one is looking at the back of the cake!” 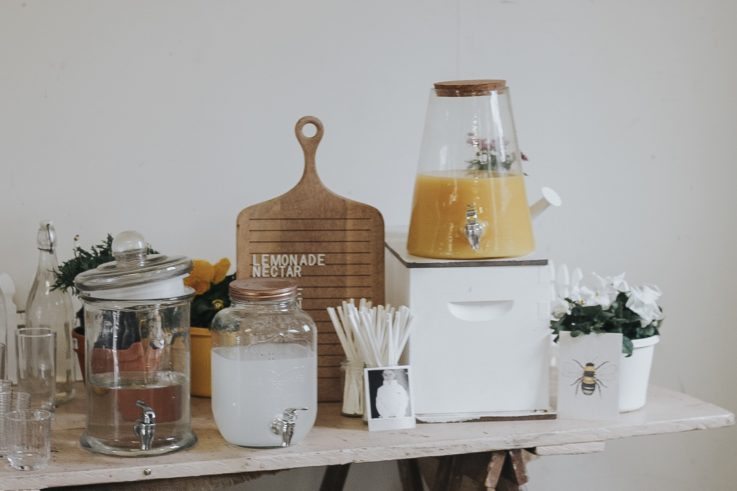 You can  follow Cassi and her bee-keeping kids at @ourwanderingwild