A lot of parents out there would have seen their kids succumb to the hysteria of supermarket collectables. There’s something about things like the Little Shop miniatures and Ooshies figurines that drive young kids into a collector frenzy.

While the addiction is mostly harmless, many parents have expressed concern about their kids’ growing collection of plastic junk. Society is becoming increasingly concerned about sustainability in so many other aspects of life, surely tiny plastic toys are counterintuitive to this movement?

Well, the next collectable craze set to hit supermarkets will put the sustainability guilt to bed.

Today, Woolworths announced they will be launching Woolworths Discovery Garden in September, a new collectable designed to give Australians of all ages the opportunity to grow their very own fresh food.

Woolworths Discovery Garden is based on the internationally successful ‘Little Garden’, which has been a huge hit in New Zealand’s New World stores, as well as in supermarkets in South Africa. Not only is it way less plastic, but it’s also physically promoting gardening and greenery – an idea we think our friend Dirtgirl would be very on board with! Parents are so ready for it!

News of the Discovery Garden has been a long time coming, with many parents publicly asking supermarkets to adopt more sustainable marketing promotions. 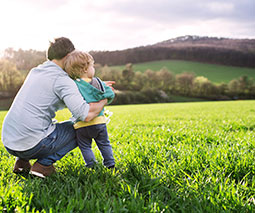 “Could you please consider running a more sustainable marketing promotion similar or the same as what Coles ran in New Zealand with their Seedling Starter Kit?” a shopper asked on Facebook. “I feel that it would teach kids better values than collecting cheap plastic toys that are ending up on our beaches and landfill.”