To all the mums who struggle to get through the day, who think you’re failing compared to your friends, and those who stare in envy at other mums in their activewear with perfectly behaved children. I’m going to tell you a secret: just because a mother looks like she has her sh*t together, it doesn’t mean she does.

I had this idea that when I became a mum that I was going to do everything perfectly. I was going to have angel children who slept through the night from three weeks old, who were always happy and well behaved, and never had emergency poo accidents in public. I was going to cook wholesome, homemade meals and snacks from scratch, use eco-baby products and bounce back to my pre-baby body faster than the speed of the light – all while getting back into work and having a beautiful, harmonious home. I was going to be the mumma that other women aspired to be and I would go to bed every night contented with my awesomeness.

The wheels fell off

Did it happen? Of course not. The reality is that it is IMPOSSIBLE to achieve all those things all of the time. My babies had terrible reflux, my work became quite demanding, we moved house, I had no time to exercise, I started buying bought baby food – the list goes on. Days where I managed to kick all of my motherhood goals I felt amazing, but on all the other days (which was most days quite frankly), I felt like crap. 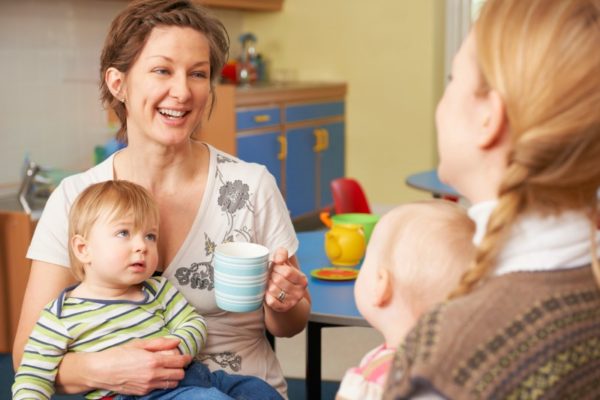 I’d go to Mother’s Group and hear others talk about their babies who were already sleeping through in the first month, while mine was up four to six times. I’d see other babies wearing handmade knitted cardigans and blush thinking about the abandoned bag of wool balls and needles stashed in my cupboard at home. Or I’d pop round to a friend’s for tea and freshly-made biscuits and wistfully ponder when was the last time I used the oven.

By comparing myself to other mums and having unrealistic goals and ideals, the motherhood fails just kept piling up while the wins were squashed down out of sight. The fails far outshone anything good that I was doing as a mum. Yet, no one was actually telling me I was failing or making me feel bad … it was all me. I was my own worst critic and an utterly unfair one at that – just like you are.

It’s only now after having three babies that I’ve worked out what I couldn’t see in my early days as a mum and it’s this: ‘ain’t nobody got all their sh*t together as a mum. Even if they look like they do, they probably don’t. So get your rose-coloured glasses off and don’t be so quick to assume when it comes to others because not all mums are as they appear. Not usually as they seem

The mum wearing fitness gear at daycare drop off? Maybe she has another baby at home and it’s the first time she’s done exercise in two years and she’s had to make all kinds of childminding arrangements to make it happen. The mum talking about her delicious new lasagne recipe she tried out last night? Maybe she’s so excited about it because up until now she’s had take-out or beans on toast for dinner every night for months. The mum with the amazing date-night photos on Facebook? Perhaps her marriage is actually falling apart. And the mum with the amazing sleeper baby? It turns out, it’s possible the smooth sailing was short-lived and she’s now in teething hell, waking up twenty times a night.

The point is: when you see a mum looking or sounding like she’s perfect and you start to feel envious and inadequate – don’t. You have no idea what’s really going on with her life so don’t let your thoughts get carried away assuming too much. As a fellow mum, it’s likely she’s dealing with some kind of battle of her own too that you know nothing about and hell, maybe she’s envious of you, too.

So, for all you mums being too hard on yourselves – please stop. Be kind and make sure you acknowledge and celebrate the things you are doing right as a mum. I bet you’ll find you’re doing one hell of a job. x