Through the ups and downs of parenthood, one thing is sure – lack of sleep. There is an etiquette that needs to be applied when encountering one of these poor zombies, also known as sleep deprived parents. We don’t have much energy left – but we still have enough to react badly if you utter any of these zingers in our direction!

Here are 11 things you should never say to a sleep deprived parent.

Apart from the fact that this is stating the freaking obvious, we all know “You look tired” is code for, “Wow, you look like crap. Did you just crawl off the set of The Crypt, Rebooted?” Even if the sleep deprived parent looks like they’re about to sleepwalk into oncoming traffic, do not mention how tired she looks. Just gently guide her to safety and never speak of it again

2. “No one ever died from lack of sleep”

No, probably not. They just wished they had. This comment is not a great way to win friends and influence people. 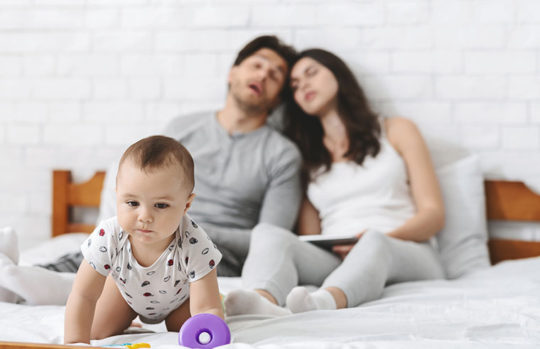 3. “Just have an afternoon nap”

I know you’re trying to help here and, sure, it seems like the logical solution. But an afternoon nap is not the same as a solid stretch of quality sleep. Plus, once you put your head down on that pillow and drift off into Lala Land, it is hard to pick it up again. At which point it feels like you’re being deprived all over again of precious sleep. There is also the unpleasant reality of pillow dribbling during afternoon naps that makes you feel like life as you knew it, is now over.

This statement, said with the inference that the baby clearly should be sleeping through, does not help the fact that the baby is NOT ACTUALLY SLEEPING THROUGH. Expressing alarm at this fact, is not helpful and may see you flicked sharply in the forehead by the very exhausted parent.

This ‘Have you tried …’ tack, while clearly well-meaning, just gives the impression that you think they have been blithely wallowing around in sleeplessness and NOT TRYING TO SOLVE IT! They have tried. Everything. And it has defeated them. At this point, they have no more fight left in them and they do not want to gather round for brainstorming sessions. Just let them be. 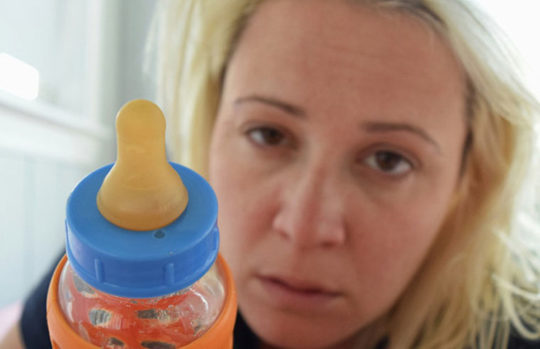 7. “You know Churchill (or any other historic insomniac) survived on three hours sleep a night his whole life.”

Yes, but have you seen The Crown?  In his waking hours he was a bath-wallowing, portrait-burning, fog-denying lunatic who was standing up in cabinet meetings with his fly undone and just sort of staggering around terrorising people with his unpredictable weirdness. Perhaps the lack of sleep was his problem all along. Hmmm?

Noted. But not helpful when your head feels like it’s filled with lead and all you want to do is keep it horizontal. It’s like offering someone a big bowl of chips when they are really, really hungry and saying, “Oh, you should probably just have one.”

9. “Do you know what will give you more energy? Exercise.”

Sure. But when you don’t even have the basic coordination or energy to wrestle on that sports bra or tie your shoelaces, exercise is a non-starter. (Seriously, sports bras are more complex to put on than an abseiling harness.)

Suffice it to say, it’s hard to ‘enjoy’ something when you are so tired you can’t even put your underpants on without falling over. Just shoosh.

Need some baby sleep advice? Our Parent School sleep experts can help. Click to find out more or book a one-on-one session.