In the wake of another recent tragedy in Queensland, where two little girls died after being left in their mother’s car for hours, authorities are urging parents and carers to avoid leaving kids alone in cars at all costs.

Even five minutes alone in the car can cause harm to small children. That ‘easier’ quick errand could leave a child with an injury, an acquired disability … or much, much worse. There is nothing easy about those sorts of consequences.

Why are kids left in cars?

Sometimes children are left in cars due to misunderstandings. Perhaps one parent assumed the other had taken the child out of the car.

Sometimes children are unwittingly left in vehicles due to ‘Forgotten Baby Syndrome‘. While every parent assumes they’ll never forget that their child is in the car, it’s important to note that this can happen to anyone who cares for a child.

Cases of kids being left in cars as a result of this phenomenon often stem from changes in a family’s usual routine and are caused by jumbled wiring in our often overwhelmed brains. Different neurological systems override each other, resulting in lapses where (usually sleeping) children are left strapped in their car seats. How hot can the car interior get?

Kidsafe warns that on your average Australian summer day, the temperature inside a parked car can be as much as 30 degrees to 40 degrees hotter than the outside temperature.

Even if you have the window down or are parked in the shade, the temperature in the car can more than double within minutes.

The size and colour of the car has little impact on how hot the car gets when parked.

What is the impact on the child?

A child will feel the impact of this heat very quickly. Their body temperature rises between three and five time faster than an adult’s.

Kids are also unable to regulate their body temperature very efficiently, so they are at a MUCH greater risk of suffering life-threatening heatstroke, dehydration and brain and/or organ damage when exposed to heat.

There are other risks associated with leaving kids unattended in cars including: How can we safeguard against this?

The simplest way to ensure you don’t forget your child is in the car is to put your handbag, purse or wallet next to your child’s car seat.

Don’t leave your child in the car at a petrol station or on short errands. If you need to get petrol, do it when you’re not with your child, use a pay-at-pump facility or use an app such as the BP fuel app to pay for your fuel.

Six years ago, Professor Jodie Edwards forgot to drop her daughter at childcare. Instead, Jodie accidentally left 11-month-old Jenna in her car all day, finding her only when she finished work and was reversing her car out of the parking lot, on the way to pick her up from her babysitter.

Sadly baby Jenna died, and Jodie — who also has a son — is now trying to come to terms with this terrible loss. She wants other parents to know that this could happen to even the most vigilant parents.

She shared some prevention strategies in an interview with Today’s Parent:

“I always make sure to put something I need in the backseat—my purse, my briefcase, my wallet, my phone. Have an ironclad agreement with your caregiver, that he or she will call until they reach you if ever you fail to show up with your child. I keep a bracelet in my car seat. Whenever I put a child in their car seat, I put it on. I don’t take it off until they are dropped off. Check the backseat before leaving your vehicle – every time.”

Protecting children from being left in an unattended car is top of mind for many government bodies and organisations.

In Italy, new laws have just been passed meaning car seat alarms are now compulsory for all children under the age of four.

Various companies are working on technology that protects families from ‘forgotten baby syndrome’, among them vehicle manufacturers and back seat alarm companies.

What does the law say?

In Queensland people who leave a child aged under 12 in a car unattended face the possible penalty of up to three years in prison. The law states:

“A person who, having the lawful care or charge of a child under 12 years, leaves the child for an unreasonable time without making reasonable provision for the supervision and care of the child during that time commits a misdemeanour.”

It’s against the law to leave a child unattended, with parents facing fines or up to six months in prison for doing so. In Victoria’s legislation a child is determined to be “a person who is under the age of 17 years”.

“A person who has the control or charge of a child must not leave the child without making reasonable provision for the child’s supervision and care for a time which is unreasonable having regard to all the circumstances of the case.”

It’s also against the law to leave a child alone in a car in New South Wales with penalties of up to $20,000 applied. It’s also illegal to leave a child — meaning a person under 18 years of age — unattended in a car in Tasmania, according to Tasmania Police.

The state’s Children, Young Persons and their Families Act 1997 says: “A person who has the control or charge of a child must not leave the child without making reasonable provision for the child’s supervision and care for a time which is unreasonable.The penalty is a fine not exceeding 15 penalty units or imprisonment for a term not exceeding three months, or both.”

The ACT has also legislated against leaving kids in cars without supervision.

“It is an offence to knowingly or recklessly leave a child unattended in circumstances or for a length that could result in injury, sickness or other danger to the child,” ACT Policing say.

“The penalty for this offence under the Crimes Act 1900 (section 39 Neglect of Children) is a maximum of one year of imprisonment and/or a fine of $15,000.”

Section 102 of WA’s Children and Community Services Act 2004 states that it is “an offence to leave children unsupervised in a vehicle where they are likely to suffer emotional distress or temporary or permanent injury to health.”

“In more serious cases dealt with by the District or Supreme Courts, a maximum of five years’ imprisonment and/or a fine of any amount will now apply,” former Community Development Minister Sheila McHale said in a media release. “For matters dealt with by a Magistrate’s Court, penalties of a maximum of three years’ imprisonment and/or a fine of up to $36,000 can be enforced.” 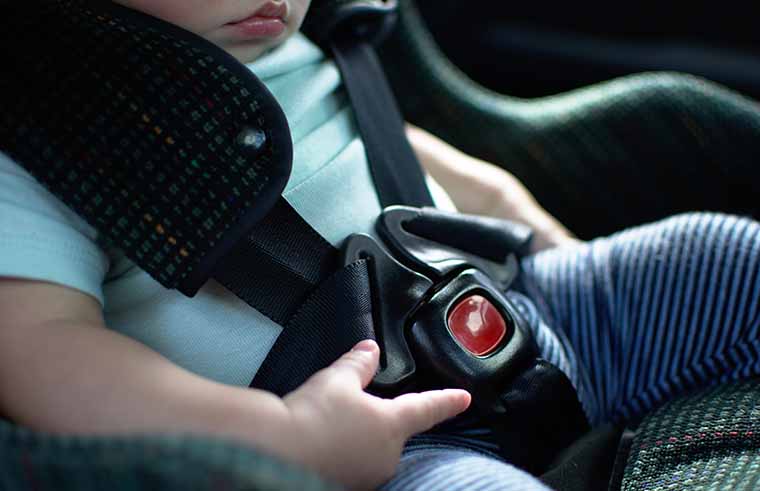 “There are a number of charges which a person could face as a result of leaving a child unattended in a car,” Adelaide Now says. “The most serious of these is known as criminal neglect and arises when a child dies or suffers serious harm. The penalty can be up to five years imprisonment where serious harm is caused, or 15 years if death is caused.”

The NT Government says children should never be left alone in vehicles.

It’s not clear exactly which legislation covers unattended children in this territory, or what the penalties would be, but general Commonwealth child protection laws safeguard children against neglectful parenting and harmful parenting practices — such as being left unattended in a hot car.