A little boy from Melbourne is lucky to be alive after he became incredibly ill from swallowing a bunch of small magnets plucked from the top of the family fridge.

“He would have died”

Five-year-old Noah Lefau was close to death when his grandmother found him on the floor in agonising pain. Noah’s family weren’t sure what had happened, but rushed him to hospital where an x-ray revealed a tummy full of magnets – and a little boy who was just hours from death.

“You don’t think something so small would do that much damage,” Noah’s Dad Fiso told Yahoo 7.

“If it was less than half a day longer, he would have died,” Noah’s mum Christelle explained.

“They travel along the intestine”

Though Noah made a full recovery, his magnet-swallowing episode could have ended in tragedy.

“Noah had dragged a chair over to the fridge where magnets had been placed up high and swallowed 30 of them,” Yahoo 7 reported, warning parents that this common household object can be potentially lethal.

As well as being choking hazards, magnets behave in very worrying ways when they are swallowed, and can cause serious damage. While Noah had swallowed a magnetic therapy necklace made up of 30 small magnets strung together (which he thought were lollies), similar risks are associated with swallowing other small magnets – such as those found in fridge magnets and some toys.

“They travel along the intestine and they are attracted to each other, [and as they] get together, they create little holes inside the gut,” Dr Pacilli told Yahoo 7.

While Noah’s is an extreme case of swallowing a bunch of magnets at once, magnets are very commonly found in children’s toys and this serves as a warning about the dire effects of swallowing them. 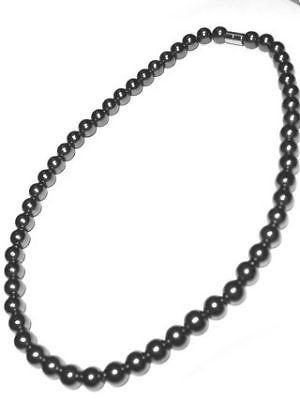 During Noah’s surgery, doctors discovered the magnets had indeed damaged the little boy’s intestines as they were pulled towards each other.

“We had found ten or twelve holes which we had to stitch one at a time, and we had to remove some parts of the intestine.”

It’s a timely reminder of a hazard that might be lurking in plain sight, and proof that keeping things “up high” may not prove the best strategy when it comes to making your home child-safe. 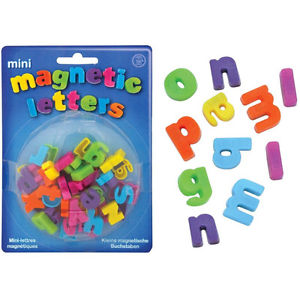 “Children can suffer bowel obstructions, infections and piercing of the intestine if they swallow multiple magnets, as the magnets can lock together through the walls of the intestine,” Guidelines from the Australian Competition and Consumer Commission says. “To avoid serious illness and death it is vital to have the ingested magnets removed quickly. Usually surgery is required to remove the magnets, and sometimes sections of the intestine require removal.”

The ACCC noted that a number of children had been injured as a result of ingesting magnets concealed in toys and other household objects. They’ve also created mandatory safety standards around the usage of magnets in consumer products.

This article was originally published in 2018.