Spend more than a minute in their company and you’ll know that little kids love to put things in their mouths. In fact, ‘mouthing’ is a normal and key developmental stage as they discover new tastes and textures. But sometimes they actually swallow those non-food objects.

So when it comes to swallowing stuff, what’s bad and what’s harmless?

When bub swallows something they shouldn’t

When a child swallows something small, it can often pass through their digestive system without causing any harm. However, in some instances it can be dangerous. for example, if the item gets stuck or causes them to choke, or a serious or allergic reaction takes place.

An x-ray or removal of the foreign object may be required if it’s lodged in the oesophagus or made from a dangerous material. Other medical treatment can be given if it is a substance toxic to a child.

Some items can make children feel sick but are not that harmful if they’re able to be passed, while others might trigger much more severe symptoms, so it’s important to know which ones to look out for. Magnets and small button or disc-shaped batteries found in many toys and games for children are very dangerous, as the chemicals inside can leak and burn the surrounding tissue or cause poisoning.

If either of these items have been swallowed, you will need to visit a doctor immediately for a scan, even if your child has no symptoms, and depending on where it’s located, you will be advised on the next steps (often they will pass it in their poo).

While it may seem concerning, you don’t have much to worry about with these natural substances other than perhaps a tummy ache. The only exceptions are bees and spiders which might cause allergic reactions.

Bleach, snail bait, weed killer, surface sprays and the like can be very dangerous if swallowed and can result in fatal poisoning. Best to call the Poisons Hotline for advice: 13 11 26 from anywhere in Australia, or call 000 if it’s an emergency, even if it’s a natural type of product. 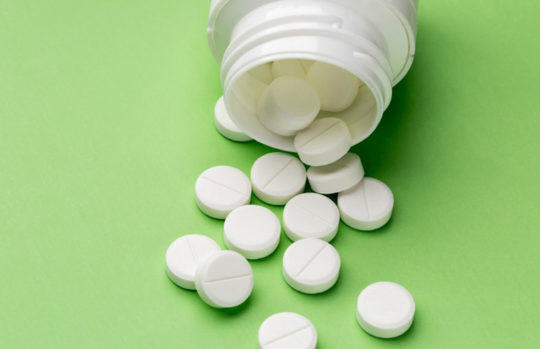 Tablets, liquid medicines, alcohol and drugs can pose a serious risk to children if swallowed. Some are more dangerous than others but it’s best to call 000 immediately as some reactions may be delayed. Your child’s stomach may also need to be pumped quickly to bring up the substances and prevent further harm.

Needles, stiff wire, an open safety pin, toothpick, small shard of glass or even a tiny fish bone can all damage your child’s oesophagus, stomach or intestines; so if you suspect your child has swallowed something sharp you will need to contact the doctor and an x-ray will most likely be required. In many cases the items will pass through their system without causing any damage.

Coins and other small objects such as marbles, buttons and toys are very common items that get swallowed by kids. An x-ray will reveal any metal objects, but many other things won’t show up in the scan. If it’s smooth, small and not poisonous then you can often just watch for symptoms and check your child’s poo over the next few days to try and find the item. In rare cases, objects can make their way into other parts of the body.

A mouldy sandwich might be carrying harmful bacteria and make your child sick, but they shouldn’t have too many other harmful effects. And while it may seem gross, pet food is not harmful to humans unless it’s something like raw chicken which can cause salmonella poisoning.

Some things in nature can look like food but are toxic, such as certain berries and mushrooms. If you suspect your child has eaten anything like this then get medical advice immediately.

To recap, the most dangerous items that children can swallow are:

Signs that your child’s life might be at risk from something they’ve swallowed include:

If you are ever concerned about something your child has swallowed, please speak to your doctor or call 000 immediately.