An emergency doctor has shared an arresting visual warning about the dangers of button batteries and it’s one everybody who has kids in their life needs to see.

What are button batteries?

The batteries are particularly attractive to kids because they are silver and shiny and the size of a coin. To kids, they seem like the perfect thing to pop in one’s mouth. But if they do pop them in their mouth and swallow them, the results are absolutely horrendous – and can even result in death. 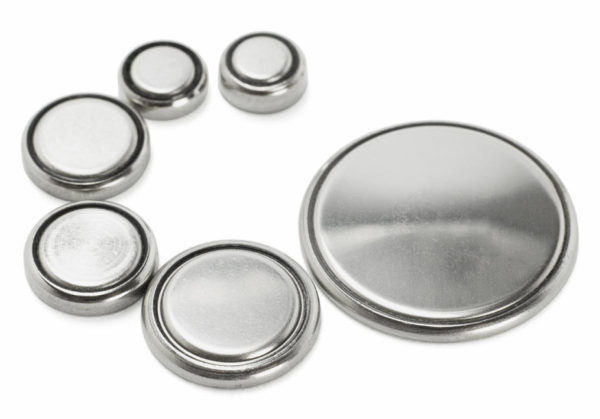 Tissue damage in less than 3 hours

Dr Mike Rubin took to Twitter to share an experiment he did with a button battery and a piece of steak (which Mike used to illustrate what might happen to actual human tissue.)

“Swallowed button batteries are a medical emergency!” Mike wrote. “This is an example the tissue damage that occurs in 3 hours.”

“This is a time lapse over the course of 3 hrs condensed into 30 seconds,” he continued.

Three hours is all it took to burn a hole in the steak and create a nasty wound. Thinking about this happening inside a small child’s body is upsetting at best.

Swallowed button batteries are a medical emergency! This is an example the tissue damage that occurs in 3 hours.#FOAMed #MedEd #SoMeDocs #physician #MedTwitter #pediatrics #EmergencyMedicine pic.twitter.com/BATdAKZOES

Other medical professionals weighed in with their own stories. One noted that kids don’t always swallow button batteries. Sometimes they secretly push them up their nose with similar catastrophic results.

“Not only swallowed/ingested,” Dr James Gibson wrote. “I’ve been involved with two cases in recent years of button batteries in the nose. In both cases only presented due to ‘gunky’ nasal discharge-looking exactly like the brown/grey fluid in this clip.”

Others shared images of button batteries inside little bodies, explaining the tell-tale second ring that shows up on x-ray and stressing how important it is to act quickly when a battery has been ingested.

This was the xray of a 'well' 1YOM I did an advice call from an @NWAmb_Central crew last yr who may hv ingested foreign object.After hx taking & detective work crew had high index of suspicion of lithium battery.Discussed case + advised red standby. In theatres 1 hr later! Wow!? pic.twitter.com/XDLafr9u6C

If you suspect a child has swallowed a button battery, immediately contact the Poisons Information Centre on 13 11 26. You will be directed to the nearest hospital or emergency service that can manage the injury.