School cake stall got you down? We get it. The last thing you want to do after a long day is whip up a cake for your child to take to school the next day. So we’re going to let you in on a little secret: packet cake mix.

OK, packet cake mix isn’t exactly a secret and in most cases, it’s not as tasty as a made-from-scratch cake. But with a few simple additions, you can turn a packet cake mix into something delicious. The best part is it requires little to no effort, and you probably have everything you need in the cupboard.

Simple yet genius. Read the packet instructions and up the egg count by one for a richer, creamier, moister cake. Alternatively, if you fancy a fluffier cake, you can remove the yolks and only add the egg whites. If you choose the latter, Sunny Anderson told the Rachael Ray Show, you’ll also need to add two extra tablespoons of butter.

Everything is better with butter, including your packet cake mix. While most cake mixes say to use vegetable oil because of its neutral flavour, swapping for another oil or butter will change the taste – but in a good way. That said, butter and oil have different amounts of fat so your cake might end up a little dry. Nigella Lawson’s blog suggests that when switching oil for butter, “you need to increase the amount of butter used, but reduce slightly the other liquids (such as milk) used in the recipe.”

Swapping water for milk will instantly give your cake a denser texture, not to mention more of a homemade taste. Bear in mind, doing so will change the fat content of your cake, making it moister and less fluffy – so it really comes down to personal preference. If you are making a chocolate cake, you can leave the water in but make sure it’s boiling as this helps the cocoa develop its flavour. Forget everything the box tells you and simply add a can of creaming soda or lemonade to the dry mix. Mix well and bake as directed. The result? A light, fluffy and delicious cake. 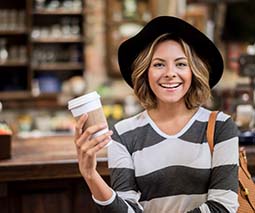 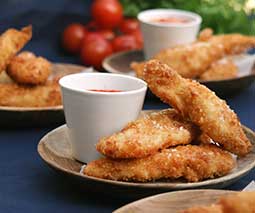 Check the cupboard and go nuts – literally. Nuts make an excellent addition to a packet cake mix. But so does vanilla essence, lemon zest, jam or choc chips, depending on the flavour of your cake.

More of a tip than a hack, but a common mistake is not mixing your packet cake mix enough. If you have a mixer, mix the batter on medium for a few minutes. If you don’t, then put your back into it a bit and stir with a wooden spoon until the ingredients are thoroughly mixed and there aren’t any clumps of dry ingredients.

Sugar syrup is a baker’s best friend. Not only does adding a coating of syrup to the cake once it has cooled seal in moisture, but it will also add more flavour. All you need is water and sugar. Try this easy recipe.

8. Make your own icing

Forget what’s in the packet. You can do better in the same amount of time, and it really will make a difference to the taste of your cake. Of course, the type of icing will depend on your cake, but you really can’t go past this easy recipe for cream cheese icing.