When mum-of-two Lisa got in touch with the Feed Play Love Helpline with a question about transitioning her kids to sharing the same room, Mothercraft nurse Chris Minogue had answers.

“I would like my 4-year-old son and 12-month-old daughter to start sharing a room,” Lisa explained. “When would be the best time to start this process?”

“They are roughly on the same sleep pattern during the night – bed around 7pm or 7:30pm and waking up between 6.30am and 7am,” Lisa continued. “Occasionally one or both will be up once in the night, but generally they both sleep through.”

Lisa says her son is very eager to share with his little sister, and she hopes to make the transition a smooth one.

“Well, I think he can easily do it at this stage, because a 4-year-old is probably not having to sleep in the day so that allows the room to be there for a 1-year-old,” mothercraft nurse Chris Minogue advised.

Chris shared her really important rule around babies sharing with older siblings – don’t put them to bed at the same time.

“I would put the 12-month-old down at 7pm and then you put the 4-year-old down at 7.30pm,” Chris elaborated. “I wouldn’t put them down together – at the same time – because they’ll start playing off each other. I think it might undo your 12-month-old’s good sleeping behaviour.” 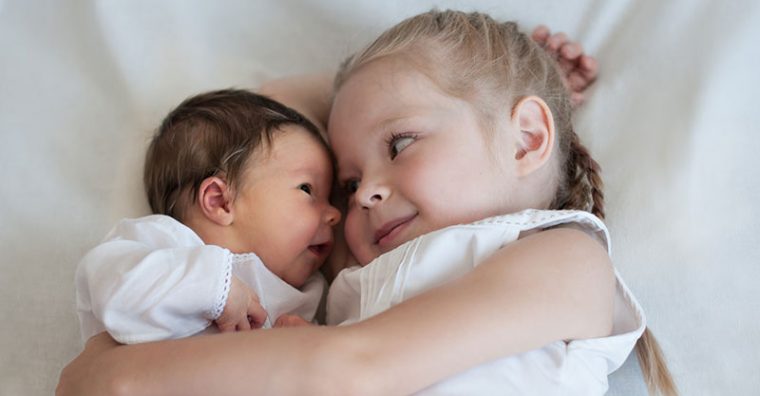 To get the ball rolling, Chris says that preparation is key.

“Start talking to them about making the bedroom for both of them,” Chris suggested, then pick an appropriate day to set the room up with bed and cot.

“Then you just remind the 4-year-old what the behaviour is going to be like so ‘mummy will put the baby down at seven o’clock. Then we’ll have stories in the lounge room quietly and talk about our day. Then you’re going to tiptoe into the bedroom and we’ll give you a kiss and a cuddle and you go to sleep.'”

Chris says laying this bedtime groundwork is key to getting the arrangement to work.

“The one-year-old needs about 20 minutes of sleep for you to go in the room and not disturb their sleep,” she explained.

This staggered bedtime routine “usually works really well” and before you know it a pattern is established, things are working well and “you’ll hear them in the morning playing together and all those sorts of nice things which is really sweet.”

“If they wake overnight, as long as they don’t wake in the window of about 4.30 to 5.30am, it usually doesn’t disturb the other child’s sleeping behaviour,” Chris advised Lisa.

“It’s only when it’s that very early morning, like 5.30am, that they’re both in a light sleep phase and might wake each other.”

What should parents do if one child wakes up and is threatening to wake the other?

“I literally just go in and say ‘roll over it’s time to go back to sleep’ [to the 4-year-old] or help the 12-month-old [settle again],” Chris advised.