A mum turned to the Kinderling Helpline to ask mothercraft nurse Chris Minogue how to extend the periods of sleep her baby boy is having at daycare.

Lauren is mum to an 11-month-old and says her son is an excellent sleeper who has slept through the night since 10 weeks old. He has been having two day sleeps for one and a half hours each. He wakes at 7.30am has his first sleep at 10.15am and then a second sleep at 2.30pm. He goes down for the night at  7pm.

But since he’s started at daycare three days a week, Lauren’s little boy has shortened his daytime naps dramatically. On daycare days he sleeps for 45 minutes or less, and while this isn’t disrupting his evening sleep, Lauren’s nervous that it might and keen to help her little guy sleep for longer at childcare.

“At home, he still sleeps mostly one and a half hours per day sleep and has a blockout blinds and the sleep sound noise on as we live in a noisy neighbourhood,” Lauren explains. “At daycare, the room he sleeps in is lighter than at home and although the door is closed, babies will be playing by the room he sleeps in.”

Lauren wonders if the optimal conditions at home mean her baby’s daycare sleeps are more difficult and asked Chris Minogue what she should say to the daycare team to facilitate better sleep for her bub.

“I don’t want to undo the excellent sleep habits we have built over the last 11 months,” Lauren says.

Chris has encountered thousands of babies in her work lifetime and says Lauren’s little boy is actually doing brilliantly.

“They sound like spot on sleep habits and a really well-adjusted little man,” Chris told Lauren. “The shortening of his sleeps at daycare is a normal behaviour of daycare. You can’t control that because they often have multiple babies within the sleep room and those babies will wake up.”

“When I’m giving advice to a parent about starting daycare, I always tell them that the baby sleep will almost be always half of what they normally do, and that’s why on the other days where they’re at home, it’s really important that they get their sleep so that it doesn’t fall apart for you.” 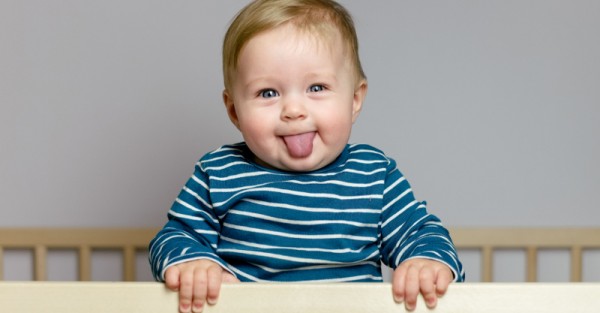 Chris says that tweaks to the daycare sleep environment might help, but overall Lauren’s son’s sleep habits are excellent. She suggested Lauren continue to make sure her baby is sleeping well at home, so he doesn’t get overtired.

“You could ask them to put a noise machine in his bed, as long as it’s in a safe environment, to help make that adjustment. But other than that, it is really common for children to halve their sleep in daycare. Just be mindful on the other days that they get the sleep that they require.”

In response to the worry that things might go downhill quickly with this little boy’s sleep habits, Chris felt this was simply “the new normal”.

“I don’t think it will get worse. I think that is the way that daycare functions with children … It’ll just keep ticking along because there’s not a lot more we can do about it.”