A hack-themed post has popped up on Reddit and it’s got some parents crying “genius!” while others are less impressed.

Veggies on the go

The chatter centres around the humble garlic press.

“I carry a garlic press in my purse so that when I’m out at a restaurant I can make a small amount of baby food out of any steamed vegetable,” Reddit user crinnaursa wrote.

Quite a few people loved this idea which was shared on a thread titled What are some lesser-known secondary uses for an everyday product?

“I can vividly picture the incredulous look on bystanders’ faces when you pull out the garlic press, and then the subsequent look of enlightenment and modest respect as they realize what you’re using it for,” one fan of this hack wrote.

“Wow. I have a food grinder that I never really used because it was messy and cumbersome. I never thought of a garlic press!” another parent enthused.

“Can confirm. Works great. On demand purées!” someone else posted approvingly. 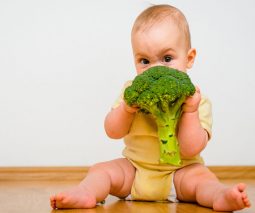 But many people were confused about how hack-y this hack really was.

For some parents, the garlic press appeared to be doing the work of a … fork.

“But … would a fork not work just as well?” an unconvinced Redditor commented. “We mostly did baby led weaning, and brought purees with us when we were going out before we switched, so … seems like a solution to a problem we didn’t really experience.”

Some pointed out that restaurant veggies may not be the best option for littlies.

“Those veggies will have salt on them – probably more than what you would use at home. Why not just carry a small jar of baby food with you?”

For others, the logistics of carrying used kitchen equipment cancelled out the usefulness of this cheat.

“This seems like more hassle than it’s worth. Then you also have a dirty garlic press hanging around in your bag,” someone pointed out.

Others still figured this hack was going to go a whole other way and were left feeling a little let down.

“Damn I thought you were gonna say so that you can have fresh pressed garlic whenever you’re at a restaurant.”

The garlic fandom is a passionate one.