Annabel Karmel has been teaching parents more about feeding their babies for over twenty-five years and she spoke to Babyology about the trials and triumphs of weaning little ones.

“Weaning is laying the foundation for a lifetime of healthy eating by making sure that your baby is introduced to lots of different flavours early,” Annabel explained.

“You have this window of opportunity — between six months and one year — where they’re pretty open to trying new things, and then the fussy eating quite often sets in. So don’t miss it!”

Many parents might assume that simple vegetable and fruit purees or pieces are the best place to begin, but Annabel stresses there is much more to good nutrition for littlies than bananas and stewed apple.

“Just giving fruits and vegetables is not the right way to feed a baby,” she said gently. “It’s okay for a few weeks, but you have to have critical nutrients like red meat or something that contains iron or salmon.”

While that may have been the approach back in our parents’ day, things have shifted as we’ve learned more about what babies need. “The way we feed our children now is a bit different,” Annabel confirmed. “We don’t just give fruit and vegetables. We realise that the critical nutrients are very important at an early age, and also being more adventurous with flavours.” 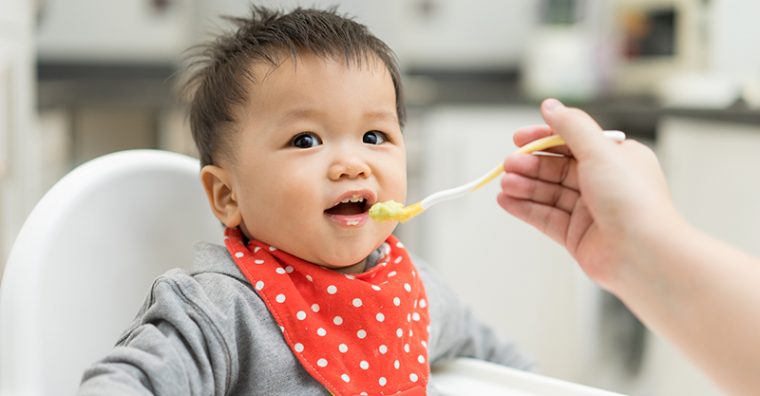 When is your baby ready?

So when can you get started with weaning and which feeding path should you go down?

“Whether you do baby-led weaning in exclusion of everything else, or whether it’s purees and finger food, it’s very dependent on you as a mum,” Annabel explained.

Annabel says around five to six months of age is when most babies are ready to start eating solids. She suggests parents assess their baby according to the following criteria:

If they’re managing all that and they’re around six months of age, then you’re pretty much good to go. 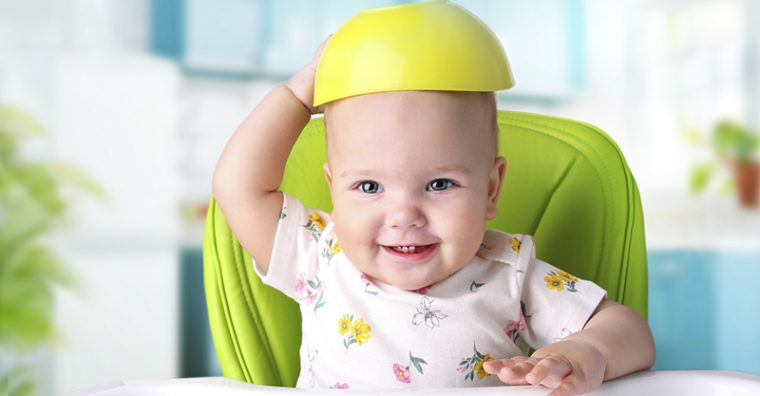 Annabel says some nifty strategising can prevent some of the messy fallout we might imagine results from those first feeding sessions.

“I found that making things into very small little balls they could pick up was one the best ways of winning them,” she suggested.

“It meant it was less messy because they’re quite compact and they didn’t fall to pieces.”

Chicken balls, carrot cake balls, energy balls … the sky’s the limit if you use age-appropriate ingredients. (No salt! No sugar!)

“Yes, it will be messy,” she warned. “But I think you have to draw a deep breath and just expect that.”

Annabel notes that babies don’t develop a ‘pincer grip’ until they are nine or ten months old. This means that the small pieces some parents cut food into are actually hard for younger babies to pick up.

“So a larger piece of carrot will have a better chance of being picked up and eaten than small pieces of carrot,” Annabel suggests. (It’s the same with other foods, not just carrots.)

Don’t misunderstand your child’s skill deficit when it comes to picking up small foods as a dislike for that particular food. They may simply not be able to manage grasping it in their hand. 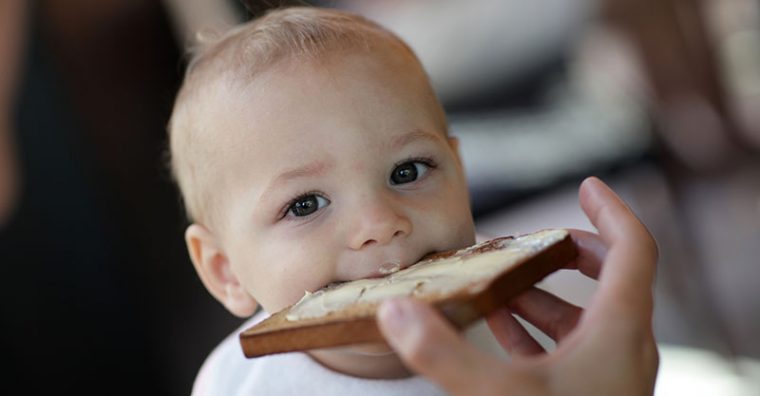 Learning to eat can be tricky

Babies also take time to learn to keep food in their mouth and ultimately swallow it. This can lead to misunderstandings about the foods they like and don’t like, Annabel says.

“I think many people are worried about gagging and choking,” she says. “The truth is babies have to learn to get food from the front of the mouth to the back of their mouth and swallow. Babies will naturally gag when they start to do that.”

“It’s a natural reaction not to be worried about,” she continues. “Choking is something completely different … when they go silent. So gagging when they cough up food is okay.”

“I find with a lot of parents that when their child starts to gag, they stop giving the finger foods and then the child never learns how to swallow properly. So the thing is, you have to kind of relax a bit and understand that that is a normal reaction.” 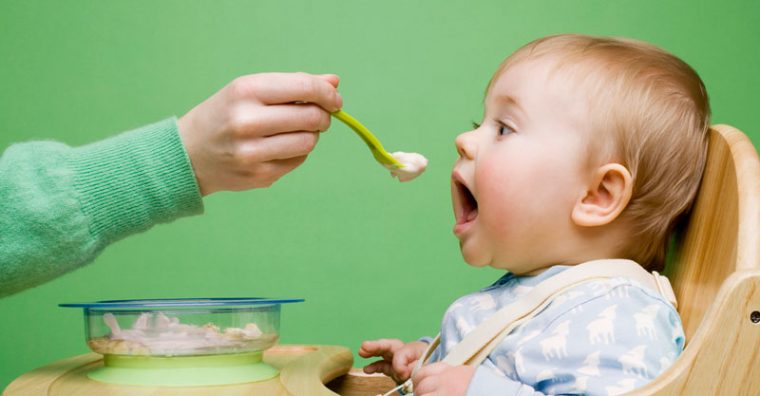 “Allergies are a bit more prevalent than they used to be,” Annabel points out. “So there is a lot of anxiety about that. ‘Which foods should I be introducing and when should I introduce them?’ Obviously there are foods you can’t give and it’s important to know what they are.”

What are those foods? You should speak to your maternal child health nurse or GP about off-limits or potentially problematic foods. Annabel had a few off-limits things to share for starters.

“You can’t give honey for the first year. Anything that will cause your baby to choke like whole grapes, cherry tomatoes, even large blueberries should be cut up,” she says. Be positive and adventurous

“I think it’s really important never to force a child to eat anything they don’t want to eat,” she also stressed, “Because then they will find it’s a battle time and mealtimes should be enjoyable.”

“They’re great mimics as well, so eating with your child is important. I know it’s not always possible, but if you can, they’ll be more likely to try something if they see you eating it.”

“Introducing variety will mean that your child won’t be such a fussy eater,” Annabel told us.

And what about the baby-led weaning vs puree debate?

“You can make amazing purees and you can still give your baby finger foods. It doesn’t have to be one or the other,” Annabel says.

You can find more weaning tips and recipes in Weaning Made Simple: Your Go-To Guide to Baby’s First Foods by Annabel Karmel.