Choosing the perfect baby name is one of the first big challenges of parenting – and let’s face it, it’s one thing we REALLY want to get right. We spend hours and hours poring over baby name books and websites on the hunt for the perfect moniker for our little loves, making lists and checking them twice, thrice, a hundred times before we feel sure we’ve chosen the right name.

Because we really don’t want to have to explain to our teenager later why we named them Ben Dover or Mike Litoris, amiright?

Well, just be glad you’re not Amy Schumer and her husband, Chris Fischer! Amy’s recently let it be known that they’ve changed their baby’s name, after realising that they’d made a HUGE mistake.

Their baby boy was born last May and, with a lot of love and consideration, they chose the name Gene Attell Fischer for their bundle of joy – the middle name being a tribute to their comedian friend, Dave Attell. Sounds fine, right? Jump forward 11 months and the doting mum and dad have realised it wasn’t, in fact, fine at all. 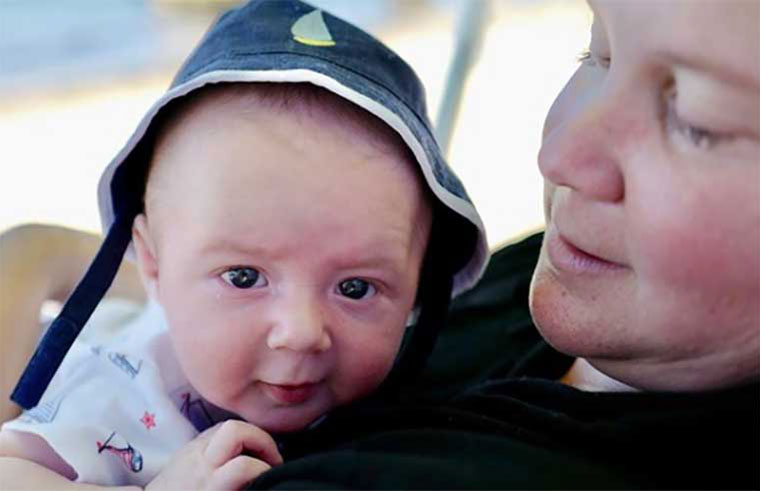 Speaking on her podcast 3 Girls, 1 Keith, Amy has revealed that she and Chris decided to change little Gene’s middle name after discovering that they’d accidentally called him something unintended.

“Do you guys know that Gene, our baby’s name, is officially changed?” said Amy. “It’s now Gene David Fischer. It was Gene Attell Fischer, but we realised that we, by accident, named our son ‘genital’.”

But wait, it gets worse!

In an Instagram update, she reveals the true extent of her crime against baby names: “Oh, like you never named your kid Genital fissure!!!!!!!”

Honestly, you can’t make this stuff up!

Oh, like you never named your kid Genital fissure!!!!!!!

Amy revealed it was actually her own mum who pointed out the baby naming blunder: “My mum pointed that out to me, actually. My mum was like, ‘Amy’s called her son genital,’ and she was right.”

They have now rectified their mistake with a quick name change – introducing Master Gene David Fischer – saving little Gene from a lifetime of teasing – phew!

But I’m sure there will still be some explaining to do when Gene is old enough to ask the question every kid asks eventually: “Mummy, where did my name come from?”

Good luck with that!