If bringing a new life into the world isn’t a big enough responsibility, there are also some important decisions you need to make when you have a baby on the way. Here are five big ones you don’t want to get wrong.

1. The birth place of your baby

While most parents will choose to have their baby in their home country, there are some scenarios where giving birth overseas is preferable. In these cases couples have often been relocated temporarily for work or deliberately choose to travel to give birth in order for their baby to have a different nationality. Usually, the latter is because one or both of the baby’s parents were born in a different country themselves and wish for their child to have a link to their original country – as well as the perk of a dual passport.

Generally speaking, it’s not too much of a big deal, but it might cost you a lot of extra paperwork down the track if you make the wrong decision. You really don’t want to make birth harder than it needs to be so unless you have a solid reason to give birth in a different country, I’d think twice about booking that maternity hospital in Paris just because you want your baby to be French. Selecting your child’s name is probably the most important decision you have to make and something you REALLY don’t want to regret. After all, it’s for life (well, okay they can change it later if they want to). Just think about this – my husband and I almost called our first son Cyri (short for Cyril after a relative)! And thank god we didn’t because shortly after he was born, Siri came on the market – imagine the lifetime of teasing our son would have got? Not to mention a-holes of the year award for us. Baby name regret is a common lament among parents, so be really sure about what you choose and avoid some of the more common traps people fall into when naming their child – such as difficult spelling, trends and fads, names that are too popular and ones ripe for teasing.

For couples where one person has taken the other’s surname, this is pretty much a non-issue. But for those with blended families, or where the mother has kept her maiden name, or where the father is not going to be in the child’s life – choosing a surname can be difficult. Which do you go for?! Your own? His? Both? Your old name? Having a different surname to your child is not a problem for some, but might be for others – and you thought choosing the first name was hard! 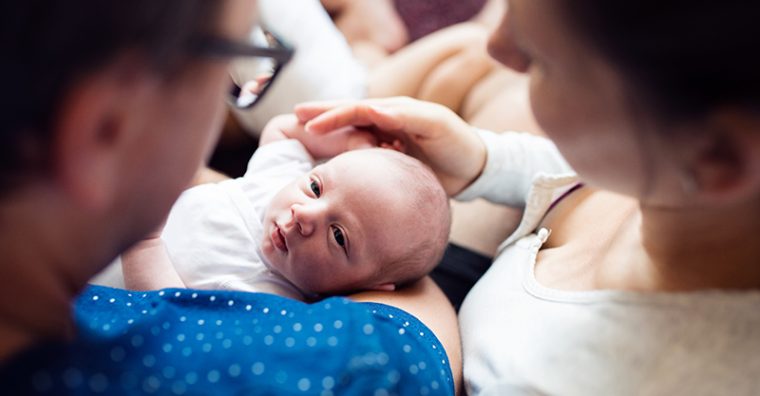 This is generally not an issue when both parents are of the same religion, but sometimes couples have different beliefs and a decision needs to be made for their baby. In the past the mother’s religion was mostly assigned to the child, but that’s a bit old school now. Some parents of course aren’t religious at all and therefore don’t have to make a decision. It’s really only of importance when there are strong religious beliefs or ceremonies such as a baptism that needs to take place and if you plan to send your child to a certain school. For example, kids almost always need to have had a Catholic christening to attend a Catholic school – and some parents do it solely for this reason alone.

On the topic of religion, think carefully about who you choose as your baby’s godparents. Even those who aren’t religious are selecting godparents these days as a way of including friends or family members in their baby’s life (without an official religious ceremony). But what happens if you select a godmother who ends up becoming your nemesis later on, or a godfather who is hopeless and absent and can’t even remember your child’s name? These people are going to be in your baby’s life (and yours) for a long time to come so think about the likelihood of a long term relationship. My husband and I were so daunted by this decision that we didn’t choose any godparents for our kids (despite them all being christened) – but apparently you can actually select some at any point down the track (if you’re Anglican, that is). If you want to put this decision off for a while then go for it.