For the past couple of months, I’ve been binge watching Weeds – the hit show about a suburban American mum who deals marijuana to support her family – and I’m constantly shocked at how much times have changed since it premiered in the mid-noughties.

I’ll admit that I miss the boot-cut jeans and lacy black tops worn in broad daylight, but the chauvinism and toxic masculinity that were rampant just 15 years ago bring up a mixed bag of emotions for me.

On the one hand, that era feels comfortable and familiar, like an old jumper. But on the other, it makes me shudder to recall how I subscribed to those male-centric views and sold myself short on so many levels.

You see, I grew up in a time where nasty hip-hop lyrics were de rigueur (“I got a fetish for f**in’ you witcha skirt on” anyone?) and you were labelled a ball-busting bitch if you dared to express any negative feelings about the lascivious bikini models who graced the covers of the highly popular men’s magazines.

So, you didn’t. You grinned and told everyone you were cool with it. And after a while, you started to believe that you were.

Now that I’m 41 and a mum to three daughters, can I just say how bloody grateful I am that times have changed?! Phewwwww.

We’ve progressed towards equality by leaps and bounds (although there’s still a hell of a long way to go), and we’re loudly denouncing sexual harassment and abuse through movements like #metoo. It’s never been a better time to be a woman, and I can only hope that we’ll have made even greater gains towards parity by the time my daughters hit their 20s in the mid-2030s. 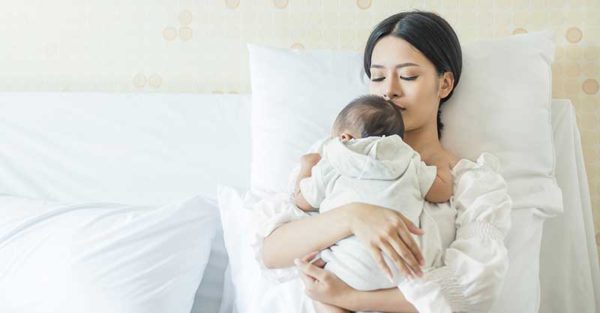 Between now and then, I plan to share a few lowlights from my past with my daughters (when they’re old enough, of course). I hope that these tales will help them to understand how far women have come and the value they should place on their bodies and minds.

I want my daughters to know about …

1. When I was sexually harassed

When I was in year 7, a group of five boys dedicated all their free time to verbally abusing me, groping me through my school uniform, and pinning me down in gym class to shove their hands under my bra and down my shorts. I shut my mouth because I was afraid it would get worse for me if I said something. I’d seen other boys get away with it at my schmancy private school and I was certain they would too.

When my mum found out years later, she was horrified. I should’ve told her. I want my girls to know they should tell me straight away if anything remotely inappropriate happens to them.

2. When I wore revealing clothes to get boys’ attention

At some point in my late teens, I started wearing crop tops, short skirts and other revealing clothing. I’m not sure why I did it. Perhaps I’d learnt that this was where my value laid. Maybe all those times the stupid boys in year seven had whispered in my ear, “You know you want it; you’re asking for it,” had sunk in.

I unwittingly perpetuated my own objectification. I really want my daughters to avoid this terrible trap.

3. When I tried to be one of the boys

Around the same time that Weeds hit the airwaves, I was hired as an editor for the leading men’s website in the world at the time. I was 27, and it was my dream job. I got to write fitness articles (my passion) and edit profiles of bikini models (a necessary evil). We had Friday drinks at the office and partied at the coolest clubs in town.

The boys I worked with were always respectful to my face – I was never overtly harassed or disrespected. But the things I later found out were said behind my back make me cringe. I can’t help but think that the micro-skirts I wore didn’t help, but deep down I know it’s ridiculous to blame myself.

Above all, I’m embarrassed about all the chauvinistic ideas I espoused while I worked there. I objectified models like a real man. I laughed at women who were offended by our testosterone-fuelled world. I thought that being “one of the boys” was cool.

Boy, was I wrong. I want my daughters to know that they can be friends with boys without selling themselves short to win their approval.

4. When I stopped having sex for me

To this day, I still have trouble relaxing into sex like I used to before I fell prey to the sex-kitten persona. I want my girls to know that they deserve a fulfilling sex life.

5. When I wrote male-centric sex advice

Not only did I kiss my own pleasure goodbye when I adopted an androcentric view of sex, but I may have unwittingly ruined innocent women’s sex lives by promoting these ideas through my sex-advice column for yet another men’s magazine and the sex self-help book I wrote. *forehead slap*

Ladies, if you’re listening now, IGNORE EVERYTHING I SAID. Send him downtown and keep him there for hours. He can get his own glass of water when he’s done.