My youngest is turning two next month and I can already see signs that the dreaded terrible twos are on the way. As it’s not my first time ’round this crazy rodeo, I’ve been wondering … is it possible to actually avoid it? Having lived through it twice already and learned what not to do, I decided to put this handy guide together for myself and others about to enter the danger zone.

Put yourself in their shoes

While a two-year-old acting like a maniac is time-consuming, energy-draining and downright embarrassing, you need to remember that this is a big stage in their lives. They’re developing from a baby into a child and experiencing so many new milestones and changes, such as moving from nappies to underwear, a cot to a bed, a bottle to a cup, learning to talk, attending day care or playgroups, and more. It’s a LOT for them to deal with and they’re constantly being stimulated and challenged which can be frustrating for them. Understand all this, and you might be a bit more forgiving next time they lose it in public.

Work out what’s out of whack

Toddlers are creatures of habit, they thrive on routine and order because it’s how they make sense of the world around them. So if they suddenly start losing their minds, stop and work out what has changed. Perhaps you didn’t read the story the way Daddy always does, or you gave them their fruit BEFORE their yoghurt when they’re used to it being the other way around. Quickly identifying and then rectifying the problem is the fastest way to nip any nightmare in the bud. While it may feel like you’re a slave to their demands, this natural need for order doesn’t last forever. Just don’t fall into the trap of caving to their unreasonable requests (like buying a toy each time they go to the newsagents) or they really will chuck a tantie every time to try and get what they want. My eldest son used to drive us mad every morning over which cereal he was going to eat, continually changing his mind and then freaking out when we didn’t want to pour a fourth bowl of something. If only someone had told us to buy one type of cereal, plonking it down instead of asking him what he wanted. Little kids get overwhelmed by too much choice. And let’s face it; you know what’s best for them anyway. Give them simple decisions to make, such as do you want to eat your rice bubbles with the green spoon or the red spoon today? This way they will feel in control when, actually, they’re not at all.

Most terrible two meltdowns occur when toddlers are hungry or overtired, so being on top of those things means your battle is half over. This involves not staying too long at the neighbour’s BBQ when their bedtime is looming, or attempting too many errands with them when they haven’t had their morning tea. Putting their needs first makes life so much easier for everyone, become the king of routine and reap the benefits.

Avoid too much temptation

If shopping online is going to save you from supermarket and shopping centre fiascoes with your little one, then do it. ‘Cause we all know those kinder surprises at the checkouts aren’t going anywhere. The same goes for at home, avoid leaving things like the iPad or paintbox lying around, unless you actually do want a smashed device or a new feature wall. 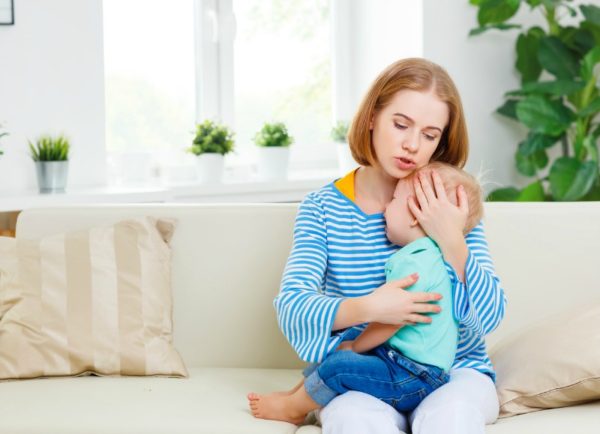 Know when to pull the ripcord

Being overwhelmed is another big trigger for the terrible twos so be mindful of how much stimulation they’re getting and know when to cut it short. If they start to lose it while you’re out in public somewhere, the best thing to do is stay calm and get the hell out of there. Even if it means abandoning a full trolley or a birthday party, they’ve probably had enough and need a change of scenery. If you aren’t able to leave where you are, pick them up (watch your shins) and take them to another spot with fewer people.

Be a loving parent and teacher

Two-year-olds are so little and still have a lot to learn. Wherever you can, stop and show them how to do things correctly, or explain why certain behaviours are wrong – all in a calm, and relaxed manner. Don’t try this in the middle of a tantrum, though. Even if you feel like the devil has taken over your child, don’t take it personally. Remember, they need a LOT of love, so be sure to offer comfort once the storm settles, because the truth is, they will have no memory of just how nuts they really were.