For many single women wanting a baby or couples struggling to conceive, using a sperm donor is their only option. So who are these male donors and what does the process involve? We spoke to both a specialist and a real-life donor for the lowdown.

The men behind the swimmers

Unlike other countries, in Australia, sperm donors are legally required to reveal their identity when any children they help create reach the age of 18, and they’re also not paid which removes the motivation of money. So what does make guys here want to become donors?

According to Associate Professor Peter Illingworth, Medical Director for IVF Australia, most of the sperm donors they work with are non-patient recruited (i.e. unknown to the recipient) who are driven by two primary motivations.

“The first is that some actively gay men want to leave a bit of themselves behind on the planet through their DNA. The second is that guys have had someone they know struggle with fertility and it’s made them want to help someone else start a family,” says A/Prof. Illingworth.

There is also a third motivation, where men are actually keen to become parents themselves and see sperm donation as a means to making this happen. However, IVF Australia doesn’t accept donors if they see any sign of this.

This is one of the reasons why counselling is such an important part of the sperm donor process from the beginning – for both donors and recipients. The other is to ensure both parties properly realise the long-term implications of what’s taking place.

“We’re delighted when someone comes forward with a viable gift of a donation, it’s a fabulous thing, but we also have to make sure it’s something they really want to do,” says A/Prof Illingworth. “We’d far prefer someone express their doubts early than donate and later regret it. Luckily, the majority of our donors are just happy people who come forward with altruistic reasons to help someone create a family though.” 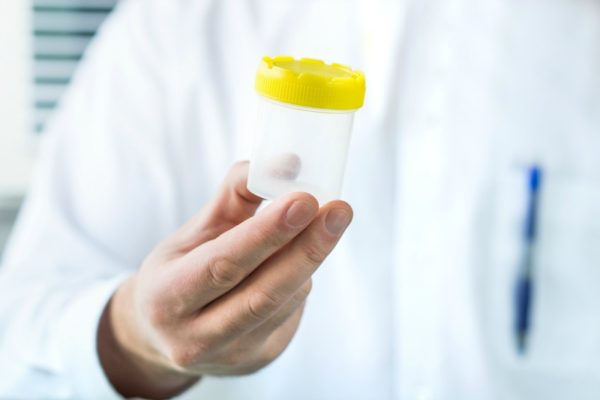 Donating on the mind

One such person is Andy* who started thinking about being a sperm donor in his mid-thirties. Not knowing anything about the process, or where to start, he did nothing for many years. When he turned 40 and went through some life changes (including starting a business and moving to the country), he started thinking about it more seriously. After seeing an online advertisement pop up several times, he took it as a sign, and with the full support of his same-sex partner of 16 years, he went ahead and filled out his details. It wasn’t long before he received a call from the donor coordinator at IVF Australia.

“I think my heart skipped a beat and I was quite nervous, to be honest. She was very friendly and made me feel comfortable though, asking a series of questions and then explained to me what the next steps were,” says Andy.

“She wanted to understand who I was as a person, my personal and family history. If there were any past illnesses as well as what my motives of becoming a sperm donor were and to check that they were for the right reasons. I think what really worked for me was that she spoke to me as an individual and not just a donor becoming part of a process. We also arranged a time and day for our first appointment which was to meet with the IVF Psychologist and the Head IVF Doctor, which was rather daunting … because everything I’d imagined was about to come true.”

Here are some interesting facts about the sperm donation process in Australia: For Andy, donating sperm was a very personal and private matter, something he has told only his partner, some family members and his closest friends. To date, there have been no births using his sperm. However, he has been made aware that three single women are currently undergoing treatment and trying to conceive with his donations.

“For me, it wasn’t an issue at all if the recipient was a single female; a heterosexual couple who may be struggling to conceive or if it was a lesbian couple wanting to start a family. All I wanted to do was to help an individual or couple start a family of their own,” says Andy.

“When the time is right, and if the child chooses to find me, I would be more than happy to meet any children created with my donor sperm and get to know them a little bit more.”

According to Andy, the whole process of becoming a donor has been incredibly positive, and he encourages others to do the same.

“If it’s been on your mind for years but you’ve been too afraid to do it, just do it. Becoming a sperm donor has provided me with a sense of pride, fulfilment and humbleness that I have been able to help a single woman or couple to start a family that they’ve always wanted,” he says.

“For me personally, I know that love comes in all different forms, shapes and sizes. And knowing that the recipients also go through a detailed process, I felt that for anyone who’s going through the IVF program, they’re not only embarking on their journey to have a child, they’re also wishing to bring a new life into this world and provide the child with unconditional love, support and encouragement. And if I can help with that process, then that’s the greatest gift of all.”

If you’re interested in using a sperm donor or are a male wanting to know more about becoming a donor, please visit IVF Australia.

*Not his real name. For confidentiality reasons, the donor has remained anonymous in this article.