Why is everyone so obsessed with the notion that all women are desperate for, and should have, a daughter? I have three boys and my family is more than complete, and yet I’m still being asked when I’m trying for a girl.

I grew up as one of three girls so there were a lot of Barbies, cupcakes and dance performances going on around my house and not much else. Perhaps it was this is why I was pretty keen to have boys myself when I became a mother – something a bit fun and different to what I was used to. Honestly though, I didn’t really mind what sex my children were as long as they were here and healthy. I was fortunate enough to be blessed with three awesome little boys who I absolutely adore – even though they are a noisy handful sometimes!

It was after the birth of my first that the comments started to roll in. Everyone from close friends to doctors, or even strangers at the shops, started excitedly asking me things like: “So you’ll be trying for a girl next?!”

Er … no. We were hoping to have another child at some point but not one of a specific gender. And do you ever have a choice in the matter? “But you really want the next one to be a girl, right?” Nope, I don’t actually.

The fact that I didn’t have a preference was baffling to some people who were convinced I was fibbing. Apparently all women wish for a mini-me daughter they can sit around with braiding hair and watching Frozen on repeat. 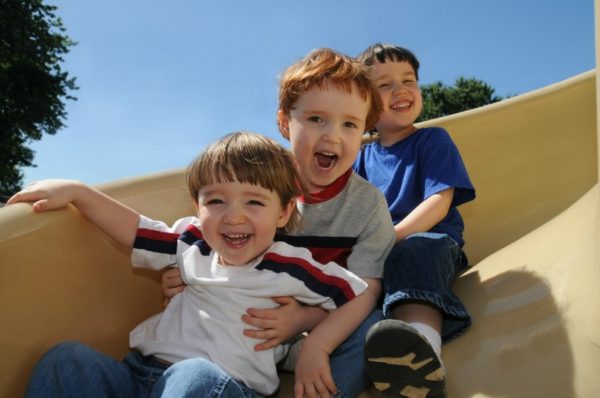 When my second son arrived, it was just assumed I would try for another child right away in the hopes of getting a girl. Were people just stuck for something to say? Who knows. The third pregnancy was no different, and even when my last boy was out in the world it still didn’t stop.

“But don’t you want a girl?” People ask incredulously when I tell them I’m done and won’t be trying for another (even having my tubes tied hasn’t stopped them from asking). I understand that some people really want girls, or boys for that matter, but not I’m happy with three boys, so stop with the questions!

Is there something bad about having three healthy boys? Are they not enough? Trust me when I say my life is completely chock full of love and lunacy, and there’s something pretty cool about being the only female in my house too.

It’s not just women needing to have a daughter that people are seemingly obsessed with either. Having a ‘pigeon pair’ (having one child of each gender), is right at the top of the list too. I have friends who had one of each sex and then went on to have more children much to the surprise of those around them. “But why? You have a pigeon pair already!”

The same goes for those who happen to have a ‘pigeon pair’ and decide to stop at two. The assumption is that once Mum and Dad each got their ‘clone’ then it was time to shut up shop. But in many cases gender has nothing to do with why they stopped at two, maybe they did want more but couldn’t conceive another.

The term ‘pigeon pair’ completely stinks too – just for the record.

I guess the point I’m trying to make is that I think it’s time people stopped assuming they know what someone else wants their own family to look like – or are even able control it – when it comes to having kids. It’s a personal matter that doesn’t necessarily need your nosy opinion, and it’s also boring and cliché.

I love my three monkey musketeers thank you very much, and I don’t need a little girl to feel like a complete mum. Now, hand me a mop because it’s time to clean the bathroom (again)!

Do you get asked annoying questions about having children? Tell us on Facebook!