A pregnant waitress has received the loveliest tip ever, that included some well-wishes for her new life as a mum.

The man clocked up $8.75 on his meal, but he then left a hefty $100 tip for the first time mum-to-be. He also scribbled these sweet words on the check:

English’s father, Brian Cadigan, took to Facebook to share the story, that he says, “made my daughter cry”. 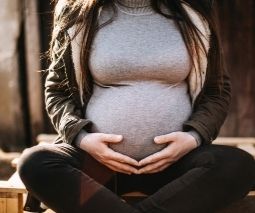 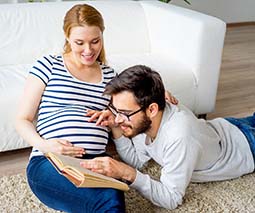 You always hear about how Bad the Police are, How They treated you like dirt, how they are on a Power Trip, Yes I am…

“My Daughter is a waitress at a local diner, she is also seven months pregnant and working still to save as much money as she can,” he posted.

“What a wonderful person to not only leave a VERY generous tip, but a lovely message, I don’t know you Mr Police Officer, but you made my little girl cry, and made her year. Thank you, I always had the utmost respect for officers, but you went above and beyond not just an officer, but a beautiful human being. God Bless.”

“I’ll spend it on nappies”

Courtney has spoken out about the sweet tip note and says she was shocked when her fellow waitress friend showed it to her.

“When she showed me, I was completely shocked,” she said. “It doesn’t really happen. It was beautiful. I started to cry, and when I got home, it hit me again.”

Courtney says she will probably just spend the money on nappies, but that she was so touched.

“It was very genuine and it meant a lot to me,” she said. “I knew that he just had a little baby and he’s so in love with being a father.” The unknown police officer, who has asked to remain anonymous since his tip note has gone viral, is indeed a new dad who knows the immense joy and love that’s about to pour into Courtney’s life.

Isn’t it true that when you become a parent you can’t help but feel overjoyed at the news that someone you know, or even don’t know that well, is having a baby for the first time? Just the thought of them experiencing that wonder and the tidal wave of love that will bowl them for six, is enough to make you want to hand-crochet them a baby blanket (if you are the crafty type and if not, give them a $100 tip, perhaps?)

Good luck Courtney! We know this baby will be the best thing to ever happen to you, as does the kind patron you waited on.