The Kardashians appear to be pushing out some positive and distracting stories this week, with new details on Kylie Jenner’s home popping up on celebrity site People.

Kylie gave birth to Stormi last February and her interior designer Martyn Lawrence Bullard – who reality fans may know from his appearances on Keeping Up With the Kardashians and the show Million Dollar Decorators – has told People a little more about the home they worked on together.

“We just started the project and then she told me that she was pregnant,” Martyn said, noting this plot twist prompted some speedy changes to plan that were already afoot.

“We reworked some of the design for the baby, of course. We had to make a proper nursery and change another room for a playroom, and just make the house somehow kid-friendly but still maintain the power and strength of the design Kylie wanted.”

They did a pretty brilliant job, because Kylie’s home is totally gorgeous and has just been featured in Architectural Digest, along with her mum Kris Jenner’s fancy digs.

Martyn said that the familiar butterfly motif that’s been popping up since Kylie and her baby daddy Travis got together has some special significance.

“Butterflies are really important symbols to Kylie and Travis so she wanted to bring that energy into Stormi’s room. They have a very personal connection. I think it was because when they met there were butterflies around.”

Travis also released a single called The Butterfly Effect, so there’s that too.

In fact, butterflies have been incorporated into lots of aspects of Kylie’s home – and often pop up on her Instagram too.

Sunday in the kitchen with Kylie. “My closets and glam room are very personal to me, even down to the size of each drawer, so they fit my specific products and clothes. I spend a lot of time in these rooms, so we had to make sure they were perfect, “says @kyliejenner in the March Star Power issue. Interior design @martynbullard ? @thefacinator styling @lawrenhowell fashion styling @jilljacobsstudio text @mayer.rus ?

@kyliejenner ‘s dining room is a confection of pinks. My ‘Rive Gauche ‘ dining chairs are covered in shades of pink leather that i matched to colors in her lipstick kits for a truly personal touch. I used the @damienhirst hearts and butterfly’s artworks as another nod to Kylie’s love of butterflies and the special meaning they have to her and @travisscott . I custom designed the dining table for the space out of lacquer , steel and Caesar stone and finished the room with a gilded ceiling to create a beautiful warm glow and ambiance , especially beautiful at night when the room is candle lit for one of Kylie’s many dinner parties. ( for more info on the chairs contact @ateliermartynlawrencebullard ) full story can be seen in this months @archdigest which hits the newsstands this coming Wednesday . #kyliestyle 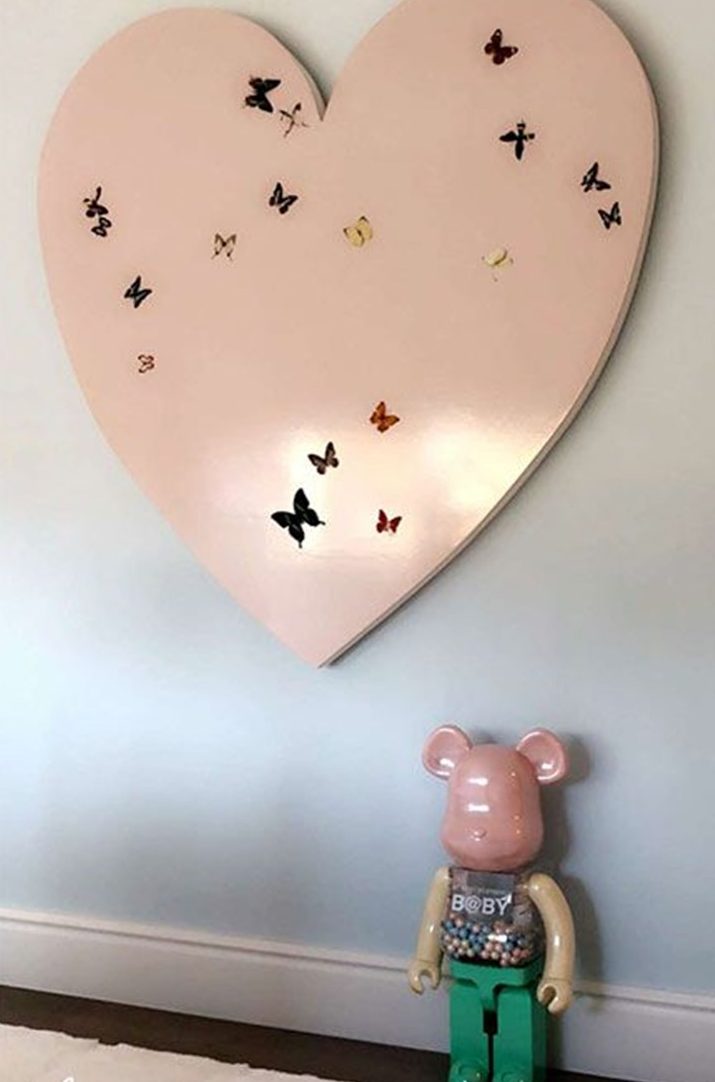 “They’re made out of microfibre. They change colour and dim and brighten and they’re the most magical thing. It’s adorable. They’re amazing.”

You can read the full story at People.

daddy dropped off a new chair for stormi??? and omg this girl threw the bag over her shoulder i can’t.

A collection of @damienhirst pill artwork sit on custom pink and rose gold wallpaper in the sitting area of @kyliejenner ‘s master bedroom. A banana silk rug from @therugcompany in deep rose makes the area extra cozy while the @voilacreativestudio lucite chairs , covered in sheared sheepskin bounce just a little bit making them the perfect spot to rock Stormi to sleep on . #prettyinpink foto @thefacinator 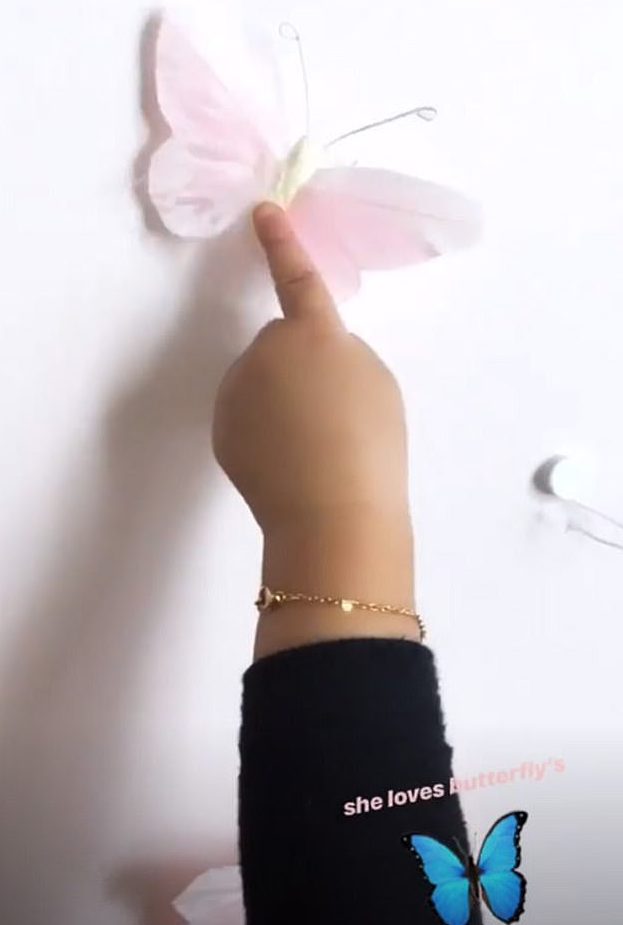