Pregnancy can be a beautiful time, but it also brings with it many challenging moments, not just for the pregnant mum, but for the dad-to-be. While mums experience the physical reality of what it means for their bodies to grow a child, dads are at a remove and can find themselves feeling a bit left out of the experience.

Dianne Zalitis, Midwife and Clinical Lead at Pregnancy, Birth and Baby explains how dads can get involved, and support their partner during pregnancy.

1. Be sympathetic about morning sickness and mood swings

‘Morning sickness’ is a sweet little term to describe what can feel like an all-day hangover – that goes on for 12 weeks (or longer!). Dianne says that as well as the nausea and mood swings, “The baby, while quite tiny in that first trimester, has a significant impact on your energy levels because so much is going on in there that it’s draining.”

But as dads don’t experience these changes, it can almost feel like their partner has turned into a different person. Dianne says dads may find it helpful to know, “While she’s ecstatically happy, she can just cry at the drop of a hat … it’s not about him. It’s not his fault. It’s not anything that he has done that’s made her cry, that she’s emotional about. Just do what you can to be really supportive and hold her in that space.” While it can be difficult to organise time away from work, Dianne recommends that dads attend as many antenatal appointments as possible, especially the ultrasound appointment in the first trimester. During this appointment he’ll be able to hear the baby’s heart rate which will allow him to have a better sense of what’s happening inside her body. 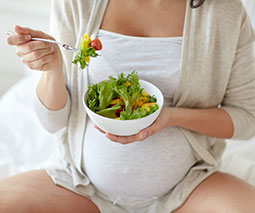 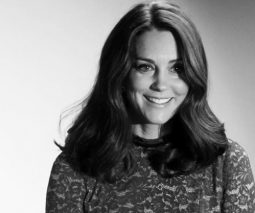 Squad goals: The team who’ll support Kate through the birth of baby number 3 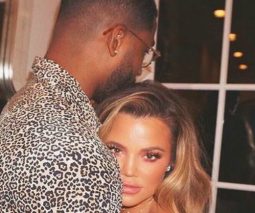 “I get uncomfortable and insecure” Khloe Kardashian’s pregnancy sex struggle

3. Do practical tasks to make it real

While all dads are different, Dianne says that dads are often doers and fixers who need a job to do to feel involved. This can be anything from planning for the future, like organising finances to adjust for your growing family’s needs, or making practical adjustments in the home, like painting the baby’s room and putting together nursery furniture.

In the meantime, Dianne recommends talking about the results of scans or appointments especially if he’s unable to attend. Discussing the physical changes that are happening for her, the baby’s development, and how you’ll manage baby care once the baby is born, are all helpful ways to get involved. 5. Be ready to be a rock of support during labour and birth

While dads may feel quite helpless when it comes to the process of labour and birth, Dianne says their support in this arena is essential. “It’s really important that they go to classes with her to really understand what’s going to go on, because it’s very confronting – labour and birth.”

Diane explains that this is one area where, “They can’t take the pain on. They can’t make the labour go faster. They can’t get the baby out … they’re actually quite powerless and it can be very, very confronting for men to have to face that powerlessness when she’s in labour.”

“And you’ll find the thing that you do the most is a kind of a repetitive thing at every contraction, and they’ll be every three minutes. So every three minutes you’re going to be encouraging her, telling her she’s doing amazing job, she can do it, just to keep breathing through the contractions.

The midwives will give you the words to say, but they’re the same words and they’re not many, but they’re repeated every three minutes. For hours. Okay? For hours. But she needs to hear it every time. She needs you to be there.”