Why do women seek to give birth at home? And how can home birth be approached in the safest manner possible?

Professor Hannah Dahlen from the School of Nursing and Midwifery at Western Sydney University spoke to Feed Play Love about the practicalities of home birth in Australia.

Hannah says that around 0.3 percent of Australian births happen at home.

“It is a tiny number and that is really because we don’t have enough midwives who are able to provide that. We have a lot of issues with insurance.” Insurance is a huge problem for midwives in Australia, explains Hannah, as are attitudes around having babies at home.

“We have quite a negative attitude in this country,” she says. “But pop across to the Netherlands and around 15 to 20 percent of women are birthing at home. New Zealand is 5 percent. UK’s got places with 10 percent. We’re quite unusual in the world.”

Why choose a home birth?

So why do women want to give birth at home? Hannah says the reasons vary but there are some common threads.

“Women choose home birth for a couple of reasons. One is sadly becoming the most common reason – they’ve had a traumatic first birth, they felt not listened to; not respected,” she explains, noting that many women say they endured interventions they didn’t want or need. “So they’re choosing another option to not repeat the trauma.”

“The other reason is that … they really believe they can do it. They believe in nature.”

Additionally, they may want to be surrounded by familiar things and family during labour and birth.

Home birth in Australia is surrounded by misinformation, Hannah says.

“One of the biggest problems we’ve got with the way the media reports adverse events is you never hear when things go wrong in hospital,” she points out. “They’re all dealt with internally, but the moment something goes wrong at home, you hear about it.”

“Planned home birth with a registered midwife for a low-risk woman who is very healthy, where there’s good plans in place and easy transfer to hospitals … we know that’s as safe for the baby as hospital,” Hannah says. “We know it’s far safer for the mother because of the significantly reduced interventions that are experienced at home.” 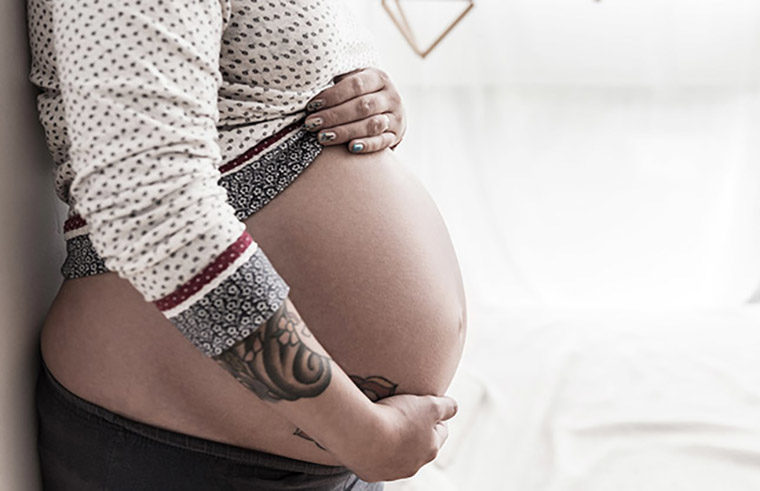 Currently, insurance is a real problem for Australian midwives and this may impact future choices for women to birth at home with a registered midwife.

“There is no insurance for midwives who do home births and that’s not because it’s such a dangerous thing, it’s because nobody has gathered data to be able to produce a product to insure,” Hannah explains. “So, as a result, the government has given a series of exemptions to the requirement of health professionals to have insurance and midwives catching babies at home are one of that group.”

This extended exemption is due to expire at the end of December 2021. “If we don’t find a product that can insure midwives to provide home birth care it could be essentially illegal in this country for a midwife to attend your birth.” Hannah says.

What happens if something does go wrong during a registered midwife-attended home birth?

“We call an ambulance,” Hannah says. “And usually two will come if they know it’s a home birth … one for mum and one for baby. And they are very fast responders.”

“The majority of transfers are not red light ambulances,” she notes. “If things are not progressing, we get in the car. We toddle off to hospital and we get a bit of help from hospital and everything turns out great and then we go home.”

Continuity of care is what matters most to midwives and mums, and Hannah says they are able to make this happen even when a mum and baby end up needing to go to hospital.

“So the actual midwife stays with the woman the whole way, right through. In a couple of places around Australia, the midwives have visiting rights into the hospital and can go in and act as a midwife. Where they don’t have visiting rights, then they accompany the woman and act as a spokesperson. The midwives do not abandon the women when they’re transferred from home to hospital.” Hannah says to get in VERY early if you’re planning a home birth as competition for midwives is hot. She also suggests doing some careful research based on science, rather than just anecdotes.

“I’d really encourage [women] to look at the evidence,” Hannah says. “We’ve just published a systematic review of all of the research on low-risk women intending to have a baby at home compared to hospital births.”

“Loads and loads of studies have been done all around the world and showed that having a baby at home – if you’re low-risk – is safe for the baby and safer for the mother. So we now have really good evidence.”

“The government recommendations are there. There are publicly funded home birth programs … there are about 14 around the country attached to a hospital. Now in that case, if you have that access and you live near a hospital that happens to have that, it’s great because you have no cost yourself.”

“If you have a private midwife providing that care … then you will have an outlay of a cost in order to pay for that private care,” Hannah explained.

“Look online. Look at the science … There’s lots of information out there and there is lots of chatter but I’d also recommend you go to the scientific evidence. Just have a little look.”