Over Easter, Ashton Kutcher spun a little bit of Masterchef magic in the kitchen. Or SO HE THOUGHT. Ashton’s daughter, three-year-old Wyatt, was having none of his culinary efforts.

No gentle encouragement or participation ribbons here, nope. Instead Wyatt offered the harrowing truth bomb that the pancakes were a confusing jumble of golden-fried buttery upset. We’ve all been here.

“Was trying for a Skye from #pawpatrol pancake,” an obviously emotional Ashton explained on Instagram. “My daughter [asked] ‘what’s this suppose to be?'”

He posted a photo of the “Skye” he whipped up so followers could judge for themselves. Warning: “Paw Patrol” pancake image (below) may alarm or upset some readers. #snigger

Was trying for a skye from #pawpatrol pancake. My daughter, “what’s this suppose to be?” #humbled

And here’s the real Skye … 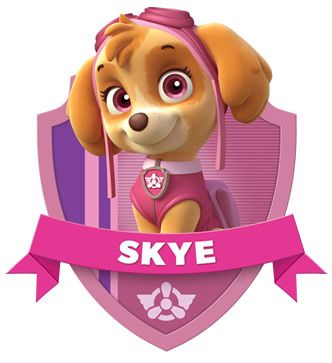 The dad-of-two (Wyatt has a one-year-old brother named Dimitri) admitted he was “#humbled” by the exchange. We suggest he was even a little perplexed that his daughter couldn’t see the magic in his pup-themed stack.

Luckily, Ashton’s not the only one busting out some (potentially, hopefully) advanced pancake moves. Jimmy Kimmel has been consistently showing off his own breakfast — making skills on Instagram, perhaps even inspiring Ashton’s confusing but well-intentioned attempts?

Jimmy makes pancakes for his three-year-old, Jane, and not gonna lie he’s a fully-fledged pancake artiste. Jimmy recognises that batter in a squeeze bottle, a low-to-medium pan and a hefty dose of food colouring can take you a very long way in the quest for the perfect pancake. Or at the very least get your sleepy kid to actually EAT their breakfast.

As you can see, we are very excited about Cars 3

When your 3 yr old wakes up at 6:56 am the morning after #Oscars, #pancakes disguised as #donuts

Was trying for a skye from #pawpatrol pancake. My daughter, “what’s this suppose to be?” #humbled

It’s fair to say this is just a case of practice making perfect. We’re dead certain that Ashton’s competitive streak combined with a more attentive eye on the pan will reap rewarding and delicious results.

We’ll update you if/when they happen! In the mean time you should follow Jimmy Kimmel.