Paediatric nurse Sarah Hunstead and her husband were working in the same hospital as nursing unit managers when they had their first child. The Mother Shift’s Jacinta Tynan spoke to Sarah about how they juggled shift work and the care of their bub.

Working in a public hospital, Sarah says she and husband Paul were well supported by management and colleagues when they were expecting their first child. Their predominantly female industry is structured to ensure that women can access maternity leave and other leave entitlements easily.

This prefab parent-friendly system may have lulled them into a false sense of security, however. Sarah felt she had the work/baby balance worked out, long before her child’s arrival. She’d even made sure that she and Paul could be rostered on opposing shifts once she made her return to work.

Of course, expectation and reality are often poles apart, and Sarah confirms she navigated a very steep learning curve once her baby arrived.

“Reality, I think probably is like dropping a brick on your head. Well that’s how it felt to me anyway.”

And it didn’t help that what had  looked good on paper – both parents working opposite shifts – actually made things really tough at home. “One thing I didn’t actually consider was what emotional toll would that actually take on us and how that would that affect our family unit. [There was more to consider than] just being able to get an income in,” she explained.

Sarah and Paul quickly realised that the best laid plans sometimes come undone, with staggered shift times leaving them high and dry for childcare on more than one occasion.

“There were times when we actually had to bring them into the emergency department and sit them in the doctor’s office because we had no one for that one hour that we needed to hand over to each other to look after the children, and that’s not ideal,” Sarah remembers.

A breastfeeding-friendly employer was a bonus, but as Sarah says, when you’re faced with the choice of caring for an emergency trauma patient or pumping milk, the patient wins every time.

Listen to the full episode on The Mother Shift

While Sarah’s hospital did have extended daycare on offer, and she’d put the family’s name down as soon as she fell pregnant, the waiting list was ridiculously long. Years-long, in fact.

The Mother Shift’s resident careers counsellor and psychologist, Kirsty Levin says this can prove to be a real barrier for mums considering this kind of work.

“It becomes even more important to rely on your support network,” Kirsty explains, “whether it’s friends or family or babysitters or nannies and so forth, and your partner of course. And so planning ahead and trying to figure out how you can leverage as many of those resources as possible, at least for a backup option in case your childcare fails or someone might be sick.” 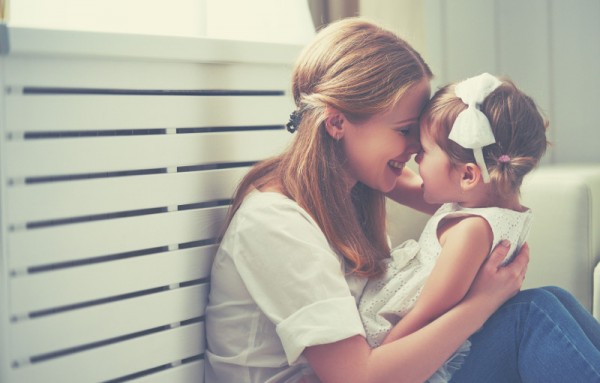 “It really did take a huge toll”

Paul and Sarah’s tag-teaming at work and home helped to keep the mortgage paid, but proved to be a real challenge for this hard-working couple.

“It really did take a huge toll on our relationship,” Sarah admits. “We never got any time alone together which a lot of couples don’t even consider, if you’re not doing shift work. But certainly it was a big thing – we could go three or four days of just seeing each other for either 15 minutes at work or when one of us is asleep at home and that’s it.”

Differing communication styles, tension between the couple and sheer exhaustion meant that something had to change – and that was the shift work. The couple forged a new plan together, and Sarah says things began to slowly fall into place.

Kirsty says couples who work opposing schedules should build in time to connect.

“It’s important to schedule in some time to check in with each other. Hopefully there are some moments where your roster doesn’t overlap, where you’re not separated from each other the whole time, and you can schedule in an hour’s conversation or a brief catch up at home.”

While Sarah says plenty of her colleagues make shift employment and kids work, she and Paul have moved  into jobs that have more conventional hours. Sarah now runs her own business called CPR Kids, aimed at ensuring parents and carers respond effectively to medical emergencies with children.

While this family found they had to completely rethink their shift work approach, Sarah says for others it’s an option that works well.

“[It’s] really appealing for some people and not all shiftwork is the same, some of that can start at 11 o’clock at night and finish at 4am in the morning and that can work really well for your family. For us it was the fact that both of us were doing it, that was the problem.”

Sarah advises working parents to try and be flexible when trying to combine career and kids.

“Don’t expect to be in the place that you’re planning because life will throw curveballs at you, and be prepared to roll with it.”

You can listen to The Mother Shift on Apple Podcasts and Google Podcasts.