Lots of parts of motherhood are delightful, but there’s a quiet reality that you don’t know about until you’re right inside it. It’s not the Instagram feed, so carefully curated, or the sweet first Santa photos. It’s not the bit where you blow kisses on your baby’s tummy, so sweet smelling after a bath.

Have you ever felt like most of what makes up your day as a mother are the invisible jobs? They’re things that need doing – in fact, no matter how much you do them, you never feel like they’re completely done. But they’re a bit invisible too. If someone asked what you were doing all day, they don’t seem to have enough to them to explain where all those hours went.

And they’re tedious. One of the things I found so shocking as a first-time mother was just how tedious most baby care tasks can be. Sometimes you just feel like you need someone to remind you it’s all worth it – that those boring, repetitive tasks actually have some meaning.

I’ve been there. And they do, even if you can’t see it right now. How do babies make so much washing? I see you there, and it’s hot outside. I know how you’re feeling – what’s even the point of doing this washing when they’re just going to dirty it again? Maybe you’re thinking about all the important stuff you used to do with your days before this domestic drudgery set in. Hang in there. What a gift you give to your family – never having to worry about whether they will have clothes to wear, whether there will be socks and undies for them. What you’re doing is important.

Mama in the supermarket with unhappy kids – I see you

Doing the grocery shopping week in, week out, is hard enough even when you’re flying solo. Taking children with you is superhuman. I know how hard it was to get everyone out the door, and you’re not even going anywhere fun! I know how you’re trying to get through each aisle without meltdowns, how carefully you’re doling out the snacks you’ve brought to keep everyone calm until you get to the checkout. How carefully you’re navigating past the confectionery aisle. Good on you for caring about your family enough to buy them good food. What you’re doing is important. 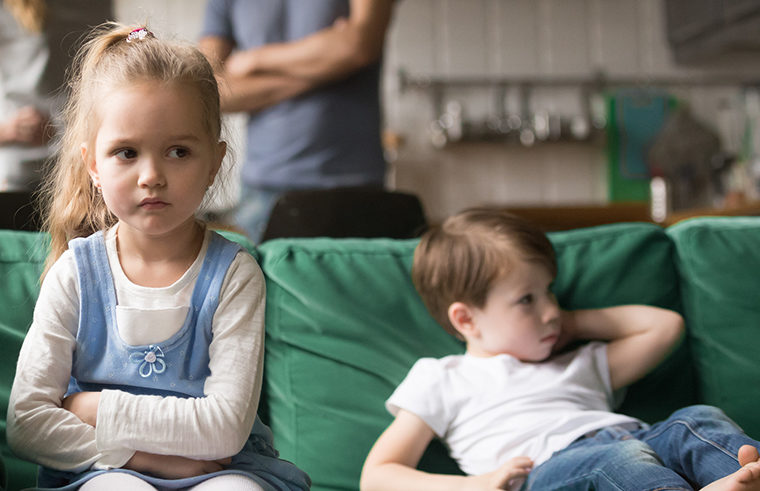 Mama breaking up another fight between grumpy children – I see you

What is it – the fifteenth time you’ve had to do this before lunch? It’s just one of those days, isn’t it – but they sure seem to happen more often than not. It would be so much easier just to ignore this stuff, believe me, I agree. It’s exhausting to maintain boundaries and teach self-control and sharing and caring for others. But you’re helping your children feel safe and you’re teaching stuff they really need. Kids need to know what the rules are, and they need to know they don’t change. What you’re doing is important.

Mama at the dinner table – I see you

It’s the business end of the day, that’s for sure. Everyone’s tired and fractious and wow – it doesn’t seem much like the idyllic dinner times you imagined. Maybe you sometimes wonder if you could speed the whole process up by cooking dinner and then just dumping it in the bin and giving everyone a banana instead. You’re not alone. Kids are like this at dinner – and fussy eating and falling apart and tears at the table are much more commonplace than everyone is letting on. There will come a day when they don’t mind if some of their food touches the rest of their food. You will feel appreciated again. In the meantime – what you’re doing is important. Mama reading that storybook for the umpteenth time – I see you

I know that book was really cute the first time around, and you even kind of enjoyed the fifth reading. But honestly, it’s getting a bit old now. I know you’ve thought about hiding it behind the bookshelf and claiming ignorance. Think of the snuggles though. Think of the way you’re teaching your child to love stories and everything they represent. I promise that one day you’ll be reading more interesting stories together if you hang in there. What you’re doing is important.

Those invisible tasks that you perform day in, day out are part of the fabric of parenthood. Up close, they don’t look like much. But step back – step back twenty years, perhaps – because the finished product will be so much more dazzling than you could have ever imagined while you were unloading the groceries.