When you think of the royals, you perhaps think of impeccably groomed types who carefully adhere to etiquette the rest of us find dead fancy/outdated? US TOO!

With this in mind it’s not hard to see why this candid photo of Kate and her two eldest kiddos being normal is delighting royal watchers and parents across the globe.

We usually see Kate without a hair out of place – neat as a pin in elegant frocks, beautifully tailored jackets, hose and those trademark nude heels.

Her kids are the same – cutely coiffed hair and the sort of perfectly turned-out, impossibly tidy ensembles that would be as at home in the 1950s as they are today.

Well … this shot of the trio at the Houghton Horse Trials in Norfolk – just being regular – is the delightful opposite of all that! High street fashion, kids with windswept hair and a super relaxed vibe were the order of the day.

The cute series of photos (taken somewhat sneakily, from what we can see) show George admiring a lovely Dalmatian and investigating an emergency services vehicle, while Charlotte tucks into an ice cream alongside other punters.

Apparently this was a private event, but it’s provided a cute opportunity to spot some of our favourite royals in a more unguarded fashion and we could not love it more.

They look so normal and it’s a refreshingly rare glimpse at what life might really look like for these kids, away from the spotlight.

And speaking of fashion, Kate’s wearing a frock from Zara – surely destined to sell out – which retails for around $70.

Blogger From Berkshire to Buckingham has the skinny on the bag Kate’s toting, too. It’s the very same Little Made Big monogrammed tote that her sister Pippa favours (sold out at the moment, but you can go on a waiting list to order one, if you want to tote like a royal!) 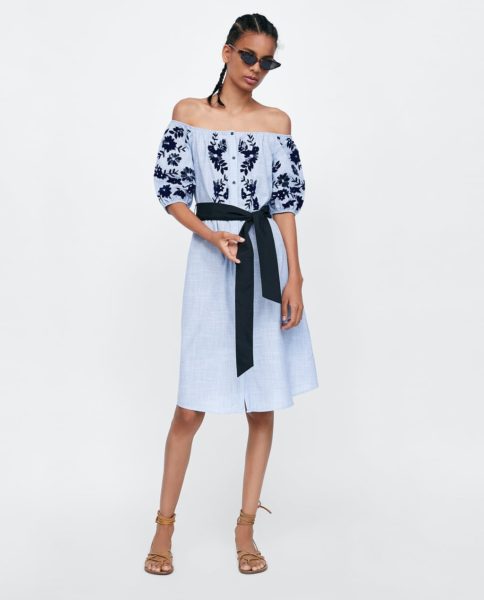 The Real Royals of Kensington Palace

Duchess Meghan has brought with her a relaxed approach to public life, famously admitting she’s a “hugger” more than a hand-shaker. At her first official engagements she was warm and behaved … just like a regular person – and it’s part of a broader royal trend.

The Queen’s recent chatty documentary with David Attenborough had a fun and friendly feel, as did the recent brilliant special about Prince Charles’ down-to-earth wife, Camilla.  Harry and William’s documentary about their late mum was also much more candid and open than anything we’d even seen from them before.

And circling back to Kate, let’s not forget that she’s also been pushing for “regular” for quite some time, with her family’s official portraits very often snapped by the photography-keen mum-of-three. She’s also proven smiley, relatable and approachable at public engagements, especially over the last couple of years.

If we wind the clock back even further to Princess Diana – grandmother to Kate and William’s kiddos – she was not called The People’s Princess for nothing. Diana was perhaps the first of the royals to push through the puffed-up protocol, and allow herself (and her kids) to be captured having fun and take a hands-on interest in issues that other royals may have turned away from.

It seems the “real royals” are a blossoming – possibly Diana-inspired – thing!

We’ll be watching on with interest to see just how real “real” is!