There’s so much information available about children and ‘resilience’. Quite honestly, I’m a bit tired of the term, although I appreciate the sentiment. I don’t talk to my kids about resilience per se, but I do emphasise the importance of being a ‘problem solver’. And I have a new problem-solving hero – a little worm named Brian.

Brian, the star of The Worm Who Knew Karate! written by Jill Lever and illustrated by Terry Denton, lives an idyllic life in a window box. Brian has no worries or fears until he spots a poster that says “The early bird catches the worm.” He panics. What’s an early-rising worm to do? Learn karate of course, and fend off the ‘early birds’. Karate is not easy for a creature with no limbs and it is in Brian’s attempts to learn that the brilliant themes of this story come to the fore – perseverance, self-belief, courage and a healthy dose of humour. Although Brian discovers he is not the fastest or hardest of worms, he does return from his karate class braver, after the teacher points out that the true spirit of karate is in working hard and never giving up. Life returns to normal in the window box and Brian has a new sense of confidence (and the ending is hilarious). 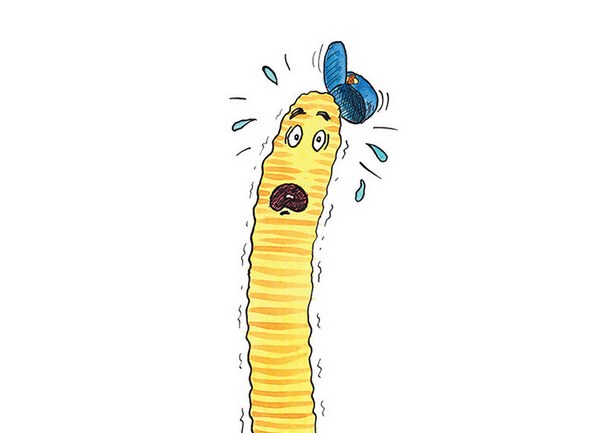 Denton’s illustrations are funny and he has created a wonderfully expressive and original character in Brian. In particular, the pictures of Brian attempting karate chops with his tail and ineffective head-butts are priceless, as are his worm-contortions on the end-papers. The Worm Who Knew Karate! is a fabulous resilience-by-stealth pick for children aged three years and over. Find it in all good book stores or online at Readings.