During both my pregnancies, I was pretty emotional. There were many days when my husband knew to give me a wide birth (and not just because of my size!). I accepted that the unexplained fits of crying were all part and parcel of the journey. However, what I wasn’t prepared for were the sudden bursts of irrational rage.

I remember standing in the kitchen in the early days of my pregnancy, while my husband put the cutlery away. He’s noisy by nature (especially when doing a ‘job’- insert eye roll). But this particular day the noise felt more grating than normal.

I felt my blood start to boil and my breathing quicken. Another few seconds and I could take it no more. “Just STOP!”, I yelled. “Just STOP with the noise!”  What then followed was an expletive and dramatic rant, accompanied by immature stomping. Two minutes later it was over as quick as it began.

The only evidence that it had happened at all was the wide-eyed look of fear on my husband’s face.

Not my finest moment

But, it wasn’t to be the last time it occurred.

I threw expensive car keys on the floor so hard one day in a strop because my husband wasn’t ready on time. I nearly gave some poor woman a heart attack by beeping my car horn repeatedly because she was sat at a green light. And I got so cross when there were no apples at the local store, that I ditched the shopping I had and stomped out in disgust.

It made me feel better to hear that many of my friends had similar experiences during their pregnancies too.

“I hit a man in the face with my eight-month pregnant belly on the bus because he ignored me and wouldn’t let me sit down,” recalls Jess. “It wasn’t my finest moment, but he did end up giving me his seat.”

“I screamed at a man whose car I’d run into in the middle of a busy road, threatened him and was downright rude,” says Rashida. “I felt so much better afterwards.”

“I washed and folded all Annabelle’s clothes and sorted them into correct sizes on the bed,” says Leeanne, “But the next day I went in the room and hubby had mixed all the sizes together. I screamed at him like a lunatic and started throwing baby clothes all over the room in a rage before stomping out the house and going for a drive.

Laura let the world know how much she was suffering in the summer heat by posting a ranty public announcement on Facebook. Her advice to others – ‘Conceive during summer, so you won’t have a baby when it’s hot!’ 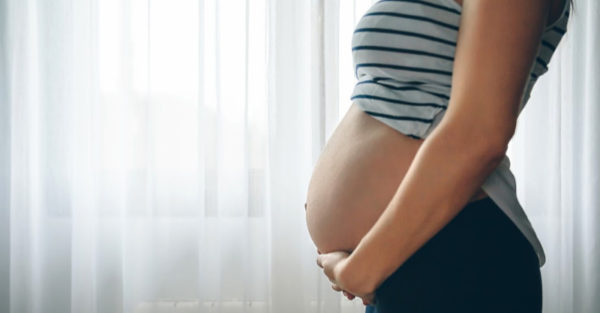 So, is irrational pregnancy-rage a thing?

On the back of such revelations, I asked psychologist Marny Lishman if irrational rage in pregnancy is a ‘thing’.

“For some pregnant women, anger, irritability and rage comes over them for seemingly no reason whilst they’re pregnant,” she says. “It can feel completely out of character, but it’s common, particularly in the first trimester.”

“The hormones of pregnancy alter the release of neurotransmitters in the brain, so it can function a little differently to what it ordinarily does,” explains Lishman. “It’s a bit similar to how it changes a woman’s mood when they’re pre-menstrual.”

“Many of the brains’ resources are focused on growing a baby, so it prioritises what it sees as important, while pushing other things aside. These priorities may well be different to what they were pre-pregnancy.”

Lishman notes that irrational rage during pregnancy is very subjective, as every woman will find different things stressful. But, if you’re experiencing it right now, she offers some advice.

“Talk to your family about how you’re feeling so that they don’t add fuel to the fire. It also helps them to give you what you need when you’re feeling irritable.”

It’s advice well worth considering – if not for yourself, at least for your other half. I know my husband would have appreciated some words of wisdom back then, even if they were as simple as ‘don’t bang the knives and forks’!!